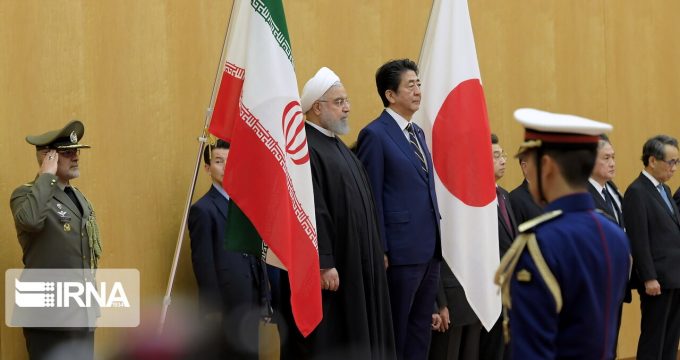 Bloomberg | Isabel Reynolds and Emi Nobuhiro: Hassan Rouhani paid the first visit by an Iranian president to Japan in 19 years, just as the U.S. strengthens enforcement of its sanctions in a standoff over nuclear development.

Japan, which is walking a tightrope between its tradition of friendly ties with Iran and reliance on the U.S. as a military ally, is keeping the visit low key. Formerly one of Iran’s biggest customers, Japan hasn’t imported any oil from the country since May, according to government and ship-tracking data.

Since Trump withdrew from the Iran nuclear deal in 2018, Tehran has refused to buckle to American demands for a more comprehensive agreement and has moved forward with efforts to enrich uranium. Japanese Prime Minister Shinzo Abe has tried to ease tensions, including by making the first visit to Iran by a sitting Japanese premier in 40 years.

Abe told Rouhani he was very concerned about rising tensions in the Middle East and urged him to stick to the terms of the nuclear agreement. Through an interpreter, Rouhani criticized the U.S. for withdrawing from the deal.

The two leaders will not give a joint press conference, and the Iranian leader is scheduled to leave the country in less than 24 hours.

Abe is expected to explain Japan’s plans to dispatch a Self-Defense Forces unit, which will include a vessel, to the Middle East on an intelligence-gathering mission, according to documents distributed by the Foreign Ministry ahead of the meeting.