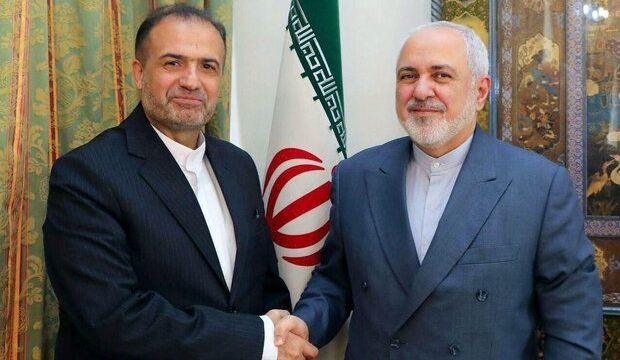 MNA – Foreign Minister Mohammad Javad Zarif met and held talks with the new Ambassador of the Islamic Republic of Iran to the Russian Federation Kazem Jalali.

The meeting was held before Jalali’s departure to Moscow on the various aspects of bilateral relations between Iran and Russia.

Zarif referred to the good bilateral and international relations between Tehran and Moscow and wished Ambassador Jalali success in carrying out his responsibilities.

Kazem Jalali has been appointed as the new Ambassador to Russia replacing Mehdi Sanaei.

Previously, he also met Iranian President Hassan Rouhani and presented a report to the President on his country of mission and the state of relations between the Islamic Republic of Iran and the Russian Federation in different fields of mutual interest, stressing his seriousness in developing Tehran-Moscow relations.