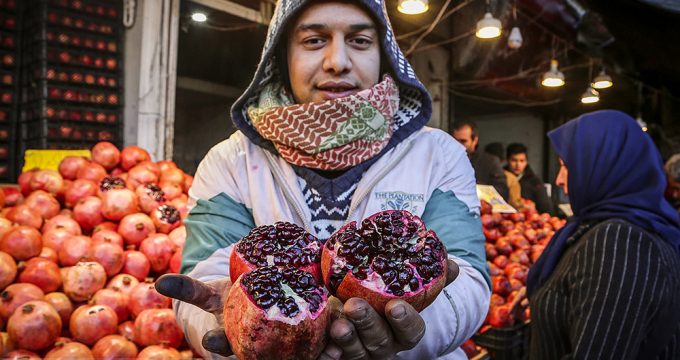 Press TV – Iranians are preparing to celebrate Yalda Night, an ancient cultural festival marking the arrival of winter and the longest night of the year.

People mark the festive occasion in Iran and Central Asian countries such as Afghanistan, Tajikistan, Uzbekistan, Turkmenistan and some Caucasian states like Azerbaijan and Armenia on December 21 every year.

Yalda Night is one of the oldest Persian traditions and its history dates back to thousands of years ago.

Ancient Persians believed that on this night, the sun was saved from the claws of darkness thus materializing the triumph of good over evil.

Iranians celebrate Yalda by gathering at the home of the elders until after midnight and eating dried fruits, nuts, and winter fruits like pomegranates, which symbolizes the red color of dawn in the sky.

They also practice bibliomancy with poems of Persian poet Hafez, who is believed to have had the ability to see the future and his collection of poems have been used by Iranians as a source of mystic foresight.

Each member of the family makes a wish and opens the Hafez book of poems to a random page and reads the poem on it. Iranians believe the poem gives an interpretation of the wish and points to things that will happen in the future.