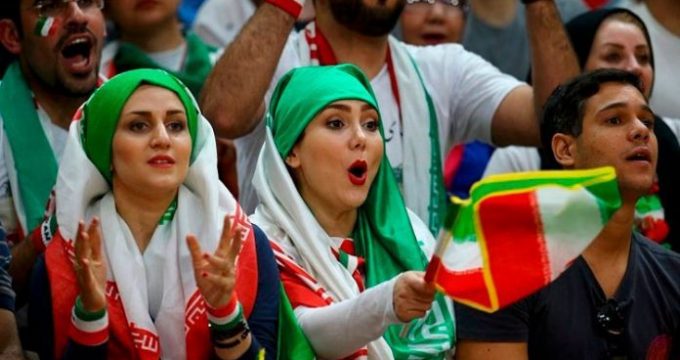 Reuters – Iran’s Football Federation has given world governing body FIFA a written commitment that women will be allowed to attend matches in the domestic club league, a source with knowledge of the discussions said on Friday.

In October, Iranian women watched the country’s national team for the first time in 40 years, when they were given access to a women’s section of the stadium for the World Cup qualifier against Cambodia in Tehran.

Women had been banned from watching men’s games in Iran since shortly after the 1979 Islamic revolution with only a few exceptions made for small groups on rare occasions.

FIFA had sent a delegation to Tehran to ensure that women were allowed to attend the game against Cambodia following the death in September of Sahar Khodayari, who set herself on fire to protest against her arrest for trying to get into a match.

Dubbed “Blue Girl” online for her favourite team Esteghlal’s colours, Khodayari had feared being jailed for six months by the Islamic Revolutionary Court for trying to enter a stadium dressed as a man.

“FIFA now looks more than ever towards a future when ALL girls and women wishing to attend football matches in (Islamic Republic of) Iran will be free to do so, and in a safe environment,” Infantino said at the time.