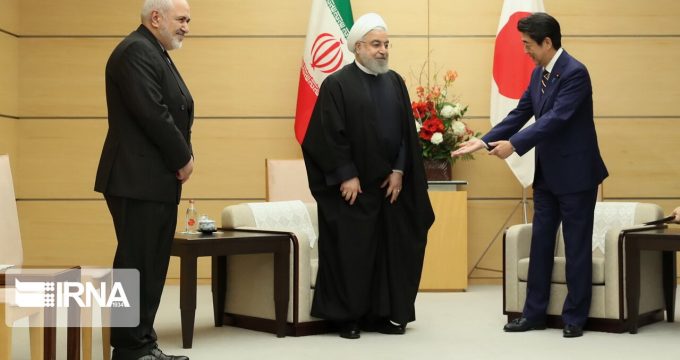 In a Friday tweet, Zarif posted photos of a meeting between Iranian and Japanese delegations, headed by Rouhani and Abe, saying, “Substantive, friendly and frank summit between President Hassan Rouhani and Prime Minister Abe Shizo.”

He further wrote the talks were aimed at “further strengthening bilateral, regional and global cooperation.”

Heading a high-ranking delegation, Rouhani arrived in Tokyo on Friday to exchange views with Japanse officials on topics of the bilateral relations, regional and international issues with the Iranian president as a part of such diplomatic efforts.

Rouhani will wrap up his Japan visit on Sunday (Dec. 21).