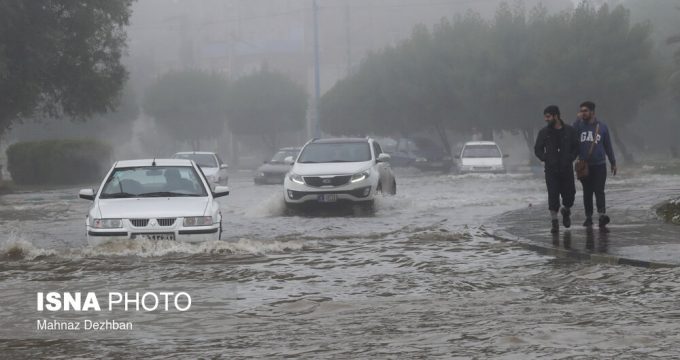 Al-Monitor – Much of the southwestern Iranian city of Ahvaz remains inundated by floodwater after being struck with nearly four hours of heavy downpours earlier this week. The Shahrvand newspaper said rain of up to 80 millimeters (3.1 inches) Dec. 17 thrust the city in a state of lockdown, disrupting nearly all public services and prompting a closure of schools, banks and the city’s main airport.

The intense showers also triggered an uncontainable release of massive sewage onto streets and homes in a city where officials say the rusting sanitation network is no longer capable of passing on massive rainwater. The city’s mayor declared a state of “crisis” as pictures of chaotic scenes, residents submerged in water and makeshift boats sailing across neighborhoods went viral.

“Inundated by mismanagement” read the title of a stinging editorial on the front page of Reformist daily Ebtekar. Similar headlines covered newsstands and a debate on the Iranian government’s perceived inadequate response to natural disasters resurfaced.

Ahvaz, Iran's Khuzestan Province, Iran's natural disasters, Iranian government's mismanagement December 20, 2019
Iran’s ‘only crime is we decided not to fold’
Georgia calls for coop. with Iran in fight against extremism