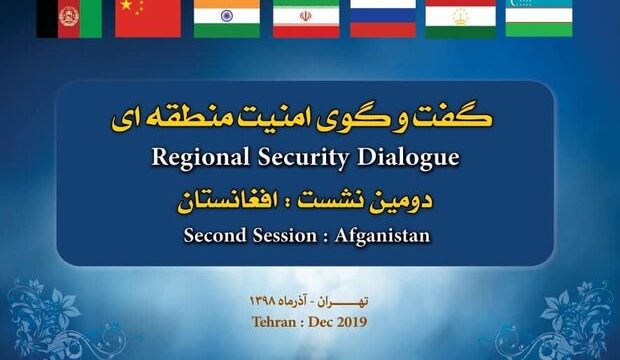 Intra-Afghan talks the only solution to establish peace in Afghanistan: statement

MNA – Participant at the 2nd Regional Security Dialogue issued a statement on Thursday, pointing to the important topics discussed during the one-day event in Tehran.

The participants highlighted the need for a regional cooperation mechanism to counter the main challenges of the region including terrorism, illegal drugs, organized crimes, and immigration among others.

Since there is no military solution for Afghanistan, the only way to establish peace and security in the country is to follow intra-Afghan dialogue controlled by the Afghan government, said the statement, inviting all Afghan groups, including the Taliban, to participate in such a dialogue to find a political solution for differences.

The statement notes that the continuation of foreign forces’ presence in Afghanistan is among the main reasons for war and instability in the country, urging all foreign military forces to withdraw from the country after consulting with the Afghan government.

The statement also voices concern over ISIL relocation to Afghanistan, warning that the borders of the terrorist group will not remain limited to Afghanistan. It said that there is an urgent need to create a security strategy to counter ISIL.

The Regional Security Dialogue kicked was in Tehran on Wednesday, with a focus on Afghanistan and a comprehensive fight against various forms of terrorism in that country.

The national security advisers and secretaries of Russia, China, India, Afghanistan, Tajikistan, and Uzbekistan took part in the session.