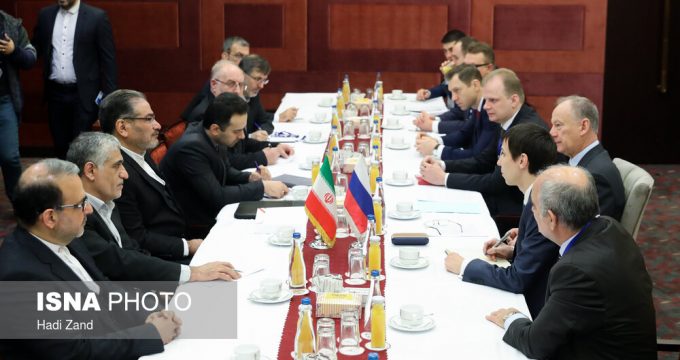 MNA – Secretaries of the security councils of Iran and Russia, Ali Shamkhani and Nikolai Patrushev, met and held talks in Tehran on Wednesday morning.

Their meeting came a few minutes before the second session of Regional Security Dialogue, which is held at the initiative of and hosted by the Secretariat of the Supreme National Security Council of the Islamic Republic of Iran, with a focus on Afghanistan and a comprehensive fight against various forms of terrorism in that country.

In addition to Russia, national security advisers and secretaries of China, India, Afghanistan, Tajikistan, and Uzbekistan will be also taking part at the session.

Shamkhani had also held talks with his counterparts from China and Tajikistan on Tuesday.

This year’s session includes security officials from Tajikistan and Uzbekistan as neighboring countries to Afghanistan.