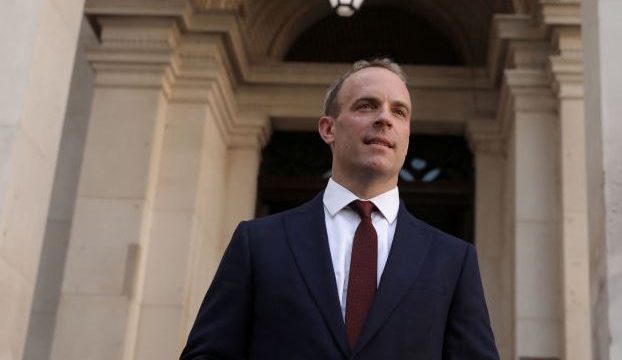 MNA – In a tweet on Wednesday, British foreign secretary Dominic Raab accused Iran of taking steps which have endangered future of the JCPOA.

“Good to talk to Le Drian and Heiko Mass this evening to discuss Iran, Hong Kong and Libya,” he wrote on twitter.

“UK, France, and Germany remain committed to the nuclear deal, but Iran has taken steps that jeopardize its future. These must be addressed urgently,” he added.

This is while Iran has repeatedly urged Europeans to preserve the 2015 nuclear deal by fulfilling their commitments to it.

Iranian officials believe Europe needs to define the US destructive role as the main reason for the current state of the affairs instead of criticizing Iran.

In their view, Europe took no effective step to fulfill its [JCPOA] commitments which proves their inability. Accordingly, Iran’s strategic patience ended and the country reduced its commitments in four steps legally.