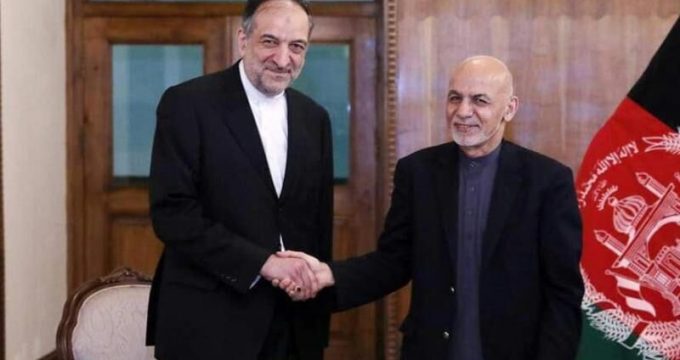 In the meeting, the Afghan president accepted Aminian’s credentials as the new Iranian Ambassador to the country.

Aminian also met with Idris Zaman, the caretaker of the Afghan Ministry of Foreign Affairs, on Saturday evening and submitted a copy of his credentials.

During the visit, the Iranian ambassador underlined that Iran is eager to all-out expansion of relations between the two countries while supporting the continuation of peace talks with the Afghan government.

Aminian has recently been appointed to the post following the completion of the mission of Mohammad Reza Rahami, the former Iranian ambassador to Kabul.