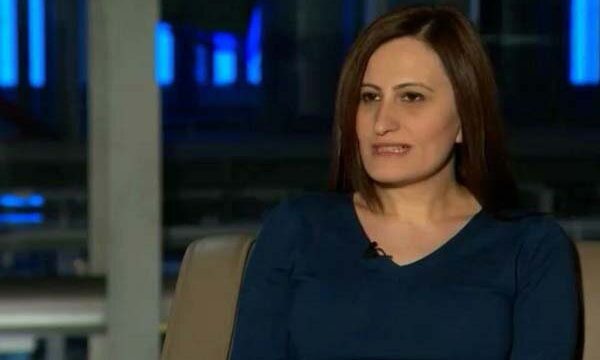 MNA – In an interview with Mehr News agency Dr. Bilgahan Alagoz talked of the necessity of Iran and Turkey regional cooperation due to common threats and interests.

To touch upon the significance of Iran and Turkey’s security and economic cooperation despite differences between the two countries, we reached out to Dr. Bilgehan Alagoz, an international relations professor at Istanbul Marmara University.

What are the fields that Iran and Turkey can cooperate with each other?

Iran and Turkey can cooperate in many fields. However, security and economy are always the two main issues in terms of relations between Iran and Turkey. Due to the current sanctions, deepening economic relations with Iran has been complicated. However, security cooperation is remarkable since the end of 2016. The security concerns of the two countries have become similar. This new period of cooperation, which started with the Iraqi referendum, continues with the Astana process in Syria. Compared with the problems in economics, Turkey and Iran seem to be more susceptible to security cooperation.

On the other hand as a university professor, I would like to draw attention to the cultural and educational sectors that have the potentials to cooperate. Institutional exchange programs are of great interest. For example, in the classes that I teach, there are students coming from Iran. Turkey enhanced its scholarship programs, which enable Iranian students to continue their education in Turkey. Likewise, Turkish students can go to Iran for research. The Iranian Embassy supported many of our students in recent years. In this context, strengthening cooperation in the field of education will be in the interests of both countries in the coming years.

What is the importance of regional cooperation between the two countries?

As I drew attention in the previous question Iran and Turkey are deepening cooperation in the field of security due to the dynamics of the region that made it compulsory. During the Obama administration, the United States did not want to use its own human resources to limit Iran’s military power in Syria. For this reason, the US began to arm the YPG. However, this has turned into a national security problem for Turkey. In Syria, Turkey has had three military operations up until now. Following the Operation Peace Spring, Turkey has made an agreement with Russia and the US, but there isn’t progress in these agreements. The position of Russia and the US in northern Syria becomes closer which seems contrary to the concerns of Iran and Turkey. Particularly, there is a possibility that the US will urge YPG forces to transfer to Iraq and from there YPG will have the potential to pose a threat to Iran. This is an area of sensitivity for Turkey, too. Therefore, the common attitude of Turkey and Iran on the YPG issue is critical.

What are the obstacles on the way of the two countries’ cooperation?

Turkey and Iran’s foreign policy approaches are different. Therefore, it is not possible for them to adopt a common attitude in every subject. But the latest situation in the region unites the security concerns of the two countries. However, in both countries, there are groups that are uncomfortable with cooperation in this area. Public opinion in both countries should not be affected by the negative discourse produced by these groups. To me, the main obstacle is the manipulation of the aforementioned groups, which creates misperception in both countries.

Definitely, the US has put and will put pressure on Turkey to reduce its economic ties with Iran in line with its maximum pressure policy on Iran. Will Turkey follow up the US policy?

There are significant differences in US politics between President Trump and the groups that oppose him. Trump and his team are aware of Turkey’s importance and open negotiations with Iran. For the first time, a US president mentioned that he does not aim for a regime change in Iran. This is noteworthy. On the other hand, the Democrats and the neocons both adopt an anti-Turkey and anti-Iran rhetoric. In the same way, FDD, which previously supported Trump but now critical, is hostile against Turkey and Iran. Thus, the US-Turkey relations are under the shade of these different groups.

Turkey has always emphasized that the sanction policy towards Iran is not beneficial. For this reason, Turkey will continue to encourage Iran and the United States to start the negotiation process as soon as possible. For Turkey, diplomacy is always a comprehensive way to solve the problems.

Despite Ankara’s anti-Israel stances, their relationship is going on as usual. Don’t you think this can create somehow distrust between Iran and Turkey?

There have been significant developments in the Eastern Mediterranean lately. The increasing cooperation between Israel and Greece is a concern for Turkey. On the other hand, the recent agreement between Turkey and Libya has been a game-changer in terms of the balance of power in the region. As far as I can follow, there is a concern in Iran about a probable Turkey-Israel relationship. However, Turkey’s position in the Eastern Mediterranean is totally different from Israel. In addition, Israel’s stance on YPG is against the interests of Turkey. At this point, Turkey’s rapprochement with Israel is not possible.

How do you assess the current level of cooperation between Iran and Turkey? Any suggestions to improve it?

Iran has recently begun to develop a critical discourse on two issues. One of them is about the construction of the border wall and the other is about the dams in eastern Turkey. These two issues should not turn into a conflict area through the media. Turkey understands the concerns of Iran. I think such discourse between the two countries is an obstacle to cooperation.