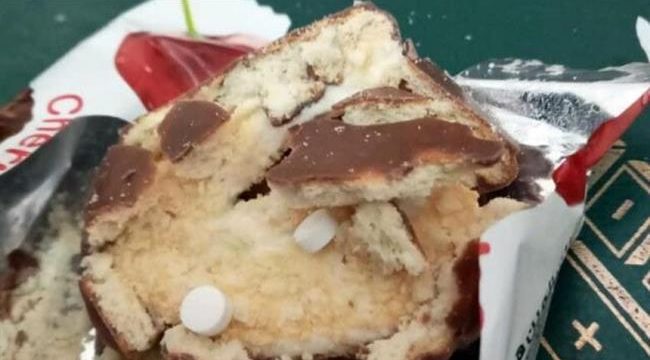 Press TV – Iran’s Health Minister Saeed Namaki says a recent case in which certain drugs were put into some Iranian confectionery products is a security matter that aims to disturb the public.

“The issue of inserting drugs into cakes is a security issue that is aimed at disturbing the public and undermining the country’s food industry,” Namaki said while speaking to reporters in Tehran on Sunday.

He added that the pills had been put into confectionery products outside the official cycle of production and distribution, and that his colleagues in the fields of security and intelligence were pursuing the case.

“We have not had any poisoning caused by these doctored products so far and more details about the culprits behind this sabotage campaign will soon be announced,” Namaki further said.

More than a month has passed since initial media reports emerged alleging that drugs had been placed in confectionery products such as cakes, biscuits and wafers. No loss of life has been reported.

Sabotaged products have so far been confirmed to have been found in the southern provinces of Kerman, Hormozgan, Sistan and Baluchistan near the Pakistani border and the western province of Ilam, which borders Iraq, according to officials.

Comments made by the Iranian health minister came just a day after the country’s Food and Drug Organization spokesperson, Kianoush Jahanpour, described the cases as an act of “sabotage,” saying that the food industry was targeted in a bid to spread “terror.”

“It’s the standing of the whole food and confectionery industry that has been targeted as one of Iran’s excelling industries,” he further noted on Saturday, adding that no narcotics or rumored aluminum phosphide tablets have been found inserted in any of the products.

According to Mohammad Hossein Azizi, who is in charge of the health ministry’s oversight of food products, the total number of instances of drugs placed in the confectionery products has been “very low.”

The pill-in-pastry plot against the Iranian nation may not be that surprising since Iran’s food industry is regarded as one of the country’s booming fields, enjoying exports to a wide range of countries despite the cruel sanctions imposed by the White House.