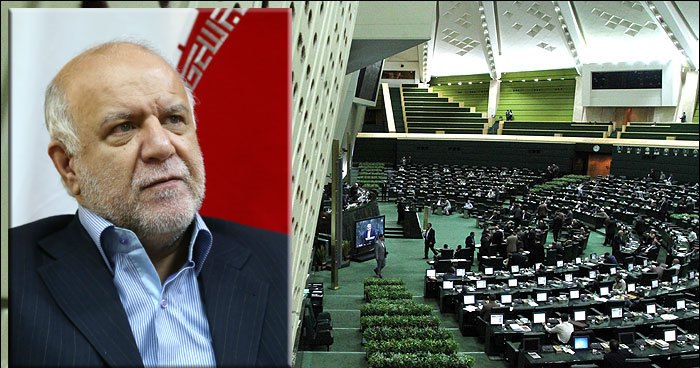 Press TV – The Iranian parliament has withdrawn a motion to impeach Oil Minister Bijan Namdar Zanganeh a month after he was accused of ignoring the will of the lawmakers before announcing a controversial fuel price hike.

“Given negotiations (held between) lawmakers and the current situation of the country, the impeachment of oil minister in no longer on the agenda,” said Jalal Mirzaei, a member of the Iranian parliament’s energy committee, in an interview with the IRNA agency.

The lawmaker said Zanganeh had attended two rounds of inquiry in the energy committee to respond to questions of the lawmakers regarding the fuel price hike.

The government decision to abruptly increase the price of gasoline on November 15 caused an unprecedented wave of protests and rioting across Iran.

Zanganeh, a long-serving minister and a face of Iran’s oil industry at the international level, has sought to distance his department from the decision while trying to implement plans that could offset the impacts of the price hikes on the daily lives of the Iranians.

Mirzaei said the parliament had come to the conclusion that the general political situation in the country was not ripe for holding the impeachment against Zanganeh.

The upcoming parliamentary election in February was also a reason for the lawmakers to abandon the impeachment motion against the oil minister, said the lawmaker.

Reports over the past weeks had suggested that the parliament may introduce a similar impeachment motion against Interior Minister Abdolreza Rahmani Fazli over his failure to coordinate government efforts during the fuel price crisis.