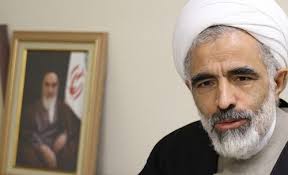 Speaking to IRNA on Sunday, Majid Ansari noted that the remaining bills of the Special Financial Action Task Force (FATF) are under review, and stated that he has no specific predictions whether the CFT and Palermo conventions are approved or rejected.

According to IRNA, the FATF has so far given Iran six times the opportunity to fully join the FATF and has announced that it will give Iran a deadline of 4 months to finalize and approve the bills, and will in no way be given the opportunity.