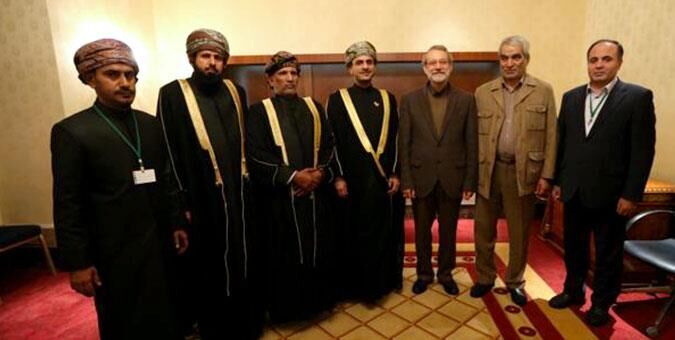 IRNA – Iranian Parliament speaker Ali Larijani on Sunday backed restoration of ceasefire in Yemen as logical, saying that the warring parties need to usher in peace talks to resolve the dispute.

Larijani made the remarks in a meeting with Omani Deputy Parliament Speaker Abdullah Al Amri held on the sidelines of the 12th Asian Parliamentary Assembly meeting.

He referred to good relations between Iran and Oman, expressing hope for increase in Omani economic officials visit to Iran.

He said that relations between Iran and Oman are long-term and deep and recent developments had no effect on them.

Referring to the project for transferring gas through sea to Oman, he said Iranian and Omani minister should make more efforts for solving technical and economic problems to support the strategic project benefiting both sides.

Oman is determined to make effective actions with regard to economic issues, he said adding that grounds will be prepared for investment of Iranian businessmen in free trade zones.

Oman is trying to find a peaceful solution to stop war in Yemen, he added.