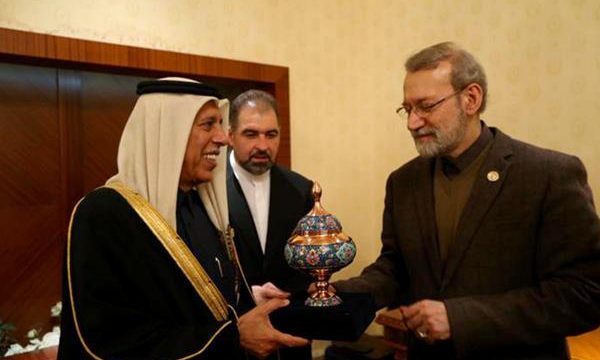 Iran welcomes any proposal to develop ties with Qatar: Larijani

During the meeting held on Saturday, Larijani highlighted the amicable ties between Iran and Qatar, saying “We see Qatar’s role in the region as positive; unfortunately, the sanctions imposed against Qatar were outrageous, but the country resisted well and its tactics helped against growing isolated.”

“We will always hold close consultations with you over important regional issues, and we are also interested in developing economic relations with your country,” Larijani told his Qatari counterpart at the meeting.

“Many Iranian businessmen are interested in working with Qatar, so conditions need to be provided,” Larijani said. “We welcome any proposal to develop relations between the two countries.”

The Qatari official, for his part, hailed Iran’s stance against the sanctions imposed on Qatar, saying “Qatar’s index of progress and development improved under sanctions compared to other countries in the region, according to the World Bank’s report.”

Pointing out that the lifting of the anti-Qatar sanctions was conditioned on cutting ties with Iran, he stressed that “We did not accept any of those 13 conditions; in fact, we only agree to dialogue without preconditions.”