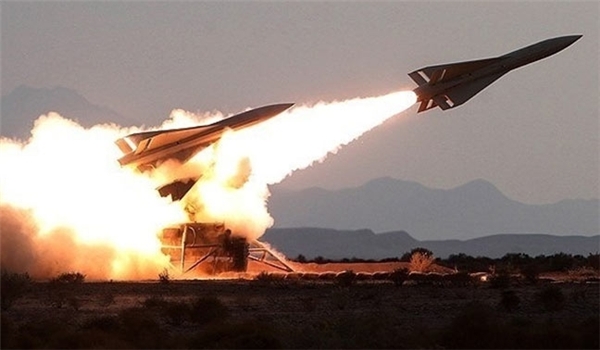 Tehran Times | Javad Heirannia: France, Britain, and Germany sent a letter to the UN Secretary-General Antonio Guterres on December 4 in which they claimed that some of Iran’s ballistic missile activities are inconsistent with the UN Security Council Resolution 2231.

In the letter circulated among the Security Council members, the three European countries, which are signatory to the JCPOA, urged Guterres to describe Iran’s ballistic missiles as inconsistent with Resolution 2231 in the next report on the country’s missile program.
Such claims are also made by certain Western think tanks. They argue that Iran intends to develop missiles capable of delivering nuclear weapons. Their argument is based on the shape and the nose cone of some missiles and also Iran’s satellite launches which they claim is in tandem with launching long-range missiles.

What does Resolution 2231 state about Iran’s missile program?

Resolution 2231 calls on Iran to restrain the development of a specific type of missile. The request is not legally binding.

However, the Resolution 1929, which was canceled when the Resolution 2231 was adopted in July 2015, stated: “the UN Security Council Decides that Iran shall not undertake any activity related to ballistic missiles capable of delivering nuclear weapons”.
The important question is which organization is supposed to verify countries’ missile programs? That is, based on which rule, the European countries have considered Iran’s missile program in contravention with Resolution 2231 and believed that Iran has nuclear-capable missiles?

Peter Jenkins, former UK Ambassador to the IAEA and UN, recently responded to a letter from the E3 in an interview with the Mehr News Agency, saying, “No international treaty prohibits ownership or purchase of short-range, medium-range or Intercontinental missiles.

The list of the countries that own missiles in the Arms Control Association website indicates that more than 30 states own one or more of mentioned missiles. The 2004 UNSC Resolution imposes legal obligations on all countries regarding launcher vehicles for special weapons (such as missiles), but the obligations do not prohibit their production and ownership”.

In this regard, the Russian representative to the UN sent a letter to Guterres on November 26 stating that Iran is a full member of the UN, and the country is a member of many non-proliferation mechanisms, such as the nuclear Non-Proliferation Treaty. He said none of them treaties, including Resolution 2231, ban Iran from developing missile and space programs.

The Russian representative further emphasized in his letter that there is no evidence that Iran is developing or producing nuclear weapons or even the means for their launch. The country also is not deploying infrastructure for storing nuclear weapons. Therefore, the Russian Federation insists on its former assessment, stating that Iran has respected Paragraph 3 of Annex B of Resolution 2231, which calls on the country not to undertake any activity related to ballistic missiles capable of delivering nuclear weapons.

It should be noted that there is no international organization to verify whether missiles are defensive or not. On the missile issue, there are only two universal treaties, the Missile Technology Control Regime (MTCR) and The Hague Code of Conduct against Ballistic Missile Proliferation (HCOC), which are a voluntary set of clarification and confidence-building.

Following the letter from the E3, the U.S. once again commented on Iran’s missile program. Brian Hook, head of the Iran Action Group, said, “One of the deficiencies of the Iran nuclear deal is that it ended the prohibition on Iran’s ballistic missile testing.”
Mark Fitzpatrick, the executive director of the International Institute for Strategic Studies (IISS), said on December 2, 2018, “Not to excuse Iran’s missile test, but it is not a ‘violation’ of UNSCR 2231, which only ‘calls upon’ Iran not conduct such tests. It also calls all member states to refrain from actions that undermine implementation of JCPOA commitments. So if Iran is in violation so is the U.S.”
According to international law, a state has no right to refer to a treaty that it has rejected and not observed. Therefore, the U.S. has no legal right to claim that Iran has violated Resolution 2231 or failed to comply with its articles, while Washington itself violates the resolution.

Iran’s missile program is defensive and deterrent. Tehran has said that it will negotiate about its missile program if there is no missile threat.
In this regard, in an interview with NBC News on July 15, Iran’s Foreign Minister Mohammad Javad Zarif said, “”If you want to discuss ballistic missiles, then we need to discuss the amount of weapons sold to our region”.
Iranian foreign minister added, “These are American weaponry that is going into our region, making our region ready to explode. So if they want to talk about our missiles, they need first to stop selling all these weapons including missiles to our region.”