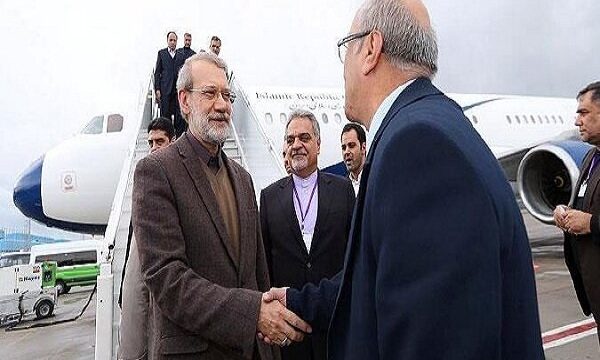 He is welcomed by Cemil Çiçek, Antalya’s Deputy of Governor and some parliamentary officials.

Upon his arrival in Turkey, Larijani said that Asian parliamentary cooperation is useful and important for promoting Asia’s standing.

“Turkey has good business relations with Iran, as well as close consultations on various regional issues,” he said, adding, “Both countries have good relations at the parliamentary level.”

Noting that APA is an opportunity to hold talks with Turkish officials on the latest regional issues, he said, “Asian countries have made a good leap in different fields of science, technology, trade, and politics in recent decades.”

Iranian Parliament Speaker is scheduled to deliver a speech at the 12th meeting in Turkey, as well as to meet with his counterparts from different countries on the sidelines of the main event.

The APA was established in 2006 at the Seventh Session of the Association of Asian Parliamentary for Peace (AAPP). It has 42 Member Parliaments and 16 observers. The assembly has been created as a forum to exchange views, ideas, and experiences for developing common strategies and promoting peace in Asia and the world, according to its website.