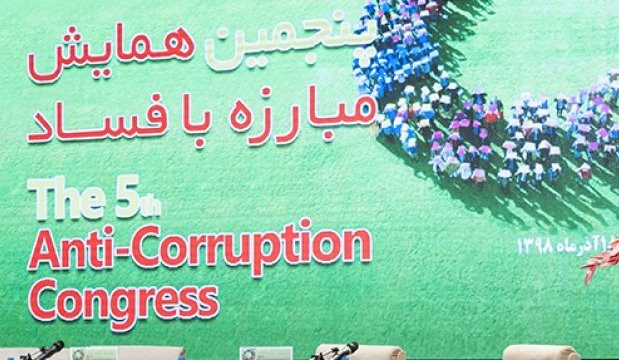 December 9 is observed annually as the International Anti-Corruption Day since the passage of the United Nations Convention against Corruption on Oct. 31, 2003, in order to raise public awareness about the fight against corruption.

Officials from the judicial, executive and legislative branches, alongside private sector representatives and economic players, attended the congress.

President of Tehran Chamber of Commerce, Industries, Mines and Agriculture Masoud Khansari, in an address to the congress, blamed the growth of corruption on government intervention into the economy.

“Big government is the root cause of corruption and other fundamental problems. The economy’s problems will compound when the government deems itself responsible about everything from setting foreign exchange rate to the prices of gasoline, potato, onions and tomatoes,” he said.