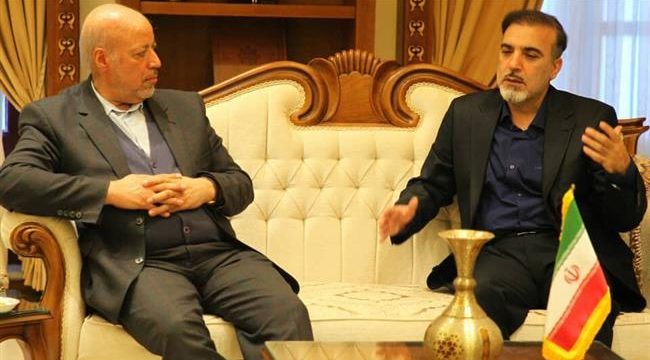 Press TV – Iranian stem cell scientist Dr. Masoud Soleimani, who returned home Saturday following his release from US prison, has recounted his ordeal during his time behind bars, saying American “justice” only exists in Hollywood movies.

In a meeting with Isfahan Governor General Abbas Rezaei on Wednesday, Soleimani said he had been held “in a cell with another person” next to “murderers and drug traffickers.”

Soleimani — who works in stem cell research, hematology and regenerative medicine — was on a sabbatical when he was arrested by US authorities upon arrival in Chicago a year ago and transferred to a prison in Atlanta, Georgia.

He was released by the US in a prisoner swap.

The scientist said American “justice” exists only in Hollywood films, adding that his jail wardens had told other prisoners that he was a “terrorist and the inmates were scared to approach me.”

He said he had been kept in prison without trial.

Soleimani said following his release, he was “handcuffed and shackled” while being transferring to Switzerland, where the swap took place.

The Iranian scientist said that while he was leaving the US for Switzerland he had told Brian Hook, the US special representative on Iran, that during the time of his imprisonment “three of my patients had lost their lives and you and the American government are responsible for the losses.”

Soleimani suffered from several health problems which aggravated during his incarceration.

Iranian Foreign Minister Mohammad Javad Zarif in September said in an interview with NPR that he had pushed for an exchange of a US citizen held in Iran for espionage for Soleimani.

The prisoner exchange came on Saturday that saw the Iranian scientist released for Xiyue Wang.

On Saturday, Trump bounced on the prisoner exchange to claim a diplomatic triumph at a time when he is under immense pressure while Democratic lawmakers are making a case to impeach him.

“Thank you to Iran on a very fair negotiation,” tweeted Trump. “See, we can make a deal together!” wrote the US leader.