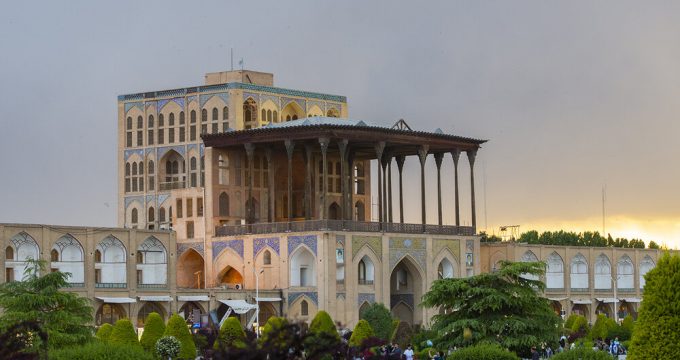 Iran Tourism Ministry homes in on 30 states to attract visitors

Financial Tribune – Iran’s Ministry of Cultural Heritage, Handicrafts and Tourism has identified 30 target countries (out of 84 under study) to attract tourists from.

These countries have been selected using 13 indices that are divided into 60 parameters, the Persian economic daily Donya-e-Eqtesad reported.

The study and subsequent planning have been carried out by the Marketing and Advertisement Bureau of the Cultural Heritage Ministry where 13 indices influencing the amount of inbound tourism were surveyed.

The aim is to focus on the tastes and culture of tourists from these countries, work on the most effective ways to advertise Iran’s numerous and varied attractions, and adopt the best marketing strategies to increase visitors.

The 30 chosen countries are categorized and prioritized in four groups based on 13 indices and 60 parameters.

China, Iraq, Azerbaijan, Turkey and Oman are placed in the first group that enjoys top priority.

China, Iraq, Azerbaijan, Turkey and Oman are placed in the first group that enjoys top priority

After selecting the target countries, the Tourism Ministry’s Marketing and Advertisement Bureau plans to supply products and services to tourists from these source countries based on their needs and tastes. The aim is to add variety to Iran’s tourism market currently focused on the country’s historical and cultural attractions.

The plan seeks to meet the specific needs of tourists from each of the countries listed above.

According to the Ministry of Cultural Heritage, Handicrafts and Tourism, a total of 5,890,952 tourists visited Iran during the first seven months of the current Iranian year (March 21-Oct. 22) to register a 24% growth compared with the same period of last year.

Although rising tensions between Washington and Tehran are hitting visitor numbers, especially from Europe, the increasing number of religious and medical tourists is making up for the loss.

According to Ebrahim Pourfaraj of Iranian Tourism Association, the weak rial helps bring in tourists to Iran.

“They come on pilgrimages or for medical treatment. To some extent, that makes up for the losses,” he told DW in an interview.

Iran has been ranked first worldwide in terms of price competitiveness in the World Economic Forum’s “The Travel and Tourism Competitiveness Report 2019” with a score of 6.7.

Iran hosted more than 7.29 million foreign tourists in 2018, about 50% more compared to the year before, according to the United Nations’ World Tourism Organizations.

The country had a 2.1% share from global tourist arrivals and more than 22% in South Asia last year.

An earlier report by World Travel & Tourism Council indicates that Iraq was the main source of tourism for Iran last year as Iraqis constituted 24% of all inbound visitors. Other major sources were Azerbaijan (17%), Turkey (8%), Pakistan (4%) and Bahrain (2%). The remaining 46% came from other countries.

As for tourist spending, the 2018 figure was not reported by the UNWTO report. But it says foreign tourists spent more than $4.4 billion in Iran in 2017.

About 7.8 million tourists traveled to Iran in the last Iranian year that ended March 20 to register a 52.5% growth compared with preceding year.

“The development of tourism infrastructure, considerable volume of investments in the tourism sector along with the issuance of electronic visa and visa waiver for target countries could be considered the main causes of the growth in foreign travelers,” Minister of Cultural Heritage, Handicrafts and Tourism Ali Asghar Mounesan has been quoted as saying.

Speaking at the inauguration ceremony of the National Conference on Ecotourism, Culture and Tourism Development in Mashhad earlier this month, Mojtaba Karimi, the head of the Department of Passports and Visas of Foreign Ministry, said the ministry welcomes the process of facilitating tourist arrivals to the country, thus visa facilitation is on the agenda.

He said negotiations are underway with several countries to lift visa barriers.

A visa-free program is underway in Iran for foreign nationals from Iraq, Oman and China.

Tehran is also offering one-year multiple-entry visas to Indians to boost bilateral trade and people-to-people contact. In addition, Iran also recently extended the visa on arrival facility for Indian nationals to 90 days from 30.

Karimi noted that the issuance of electronic visas at the Foreign Ministry started in 2016 and are now being issued in the shortest time possible.

He expected the country to host over 7.7 million tourists by the end of the current fiscal year (March 19, 2020).