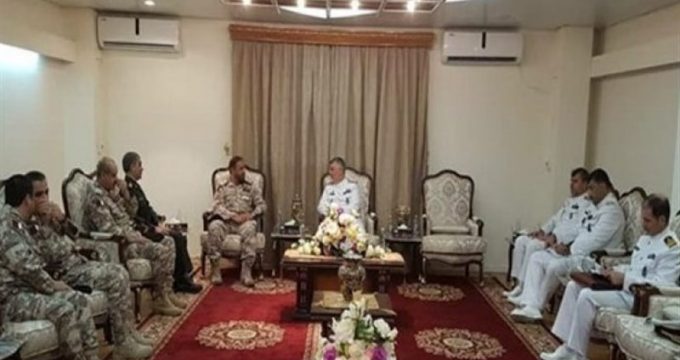 Tasnim – Commander of the Iranian Navy Rear Admiral Hossein Khanzadi in a meeting with his Qatari counterpart invited the Arab country’s navy to attend an upcoming maritime exercise of the Indian Ocean Naval Symposium (IONS) as observer.

The two senior commanders met in Doha to discuss cooperation between the two navies in areas like education and training.

In the meeting, Rear Admiral Khanzadi pointed to the two-year presidency of the Iranian Navy at the IONS and invited Qatar’s navy to take part as observer in the IONS maritime exercise, which will be held in the northern parts of the Indian Ocean later this Iranian calendar year (ends on March 20, 2020).

The Iranian Navy commander traveled to Qatar after a trip to Pakistan where he met with top Navy commanders of the country and paid visits to several training and research centers of the Pakistan navy in the southern port city of Karachi.