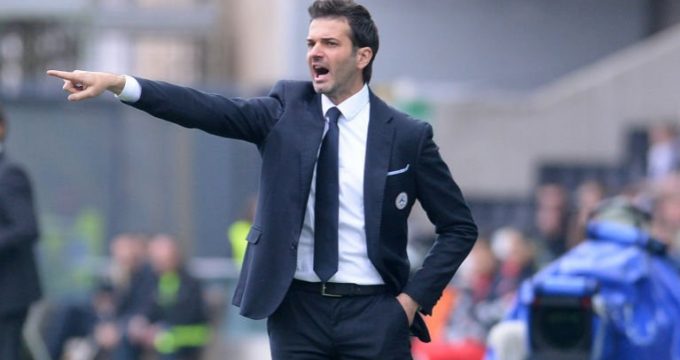 Euronews | Lillo Montalto Monella: Hundreds of Iranians took to the streets of Tehran on Monday but unlike recent protests decrying a jump in the price of petrol, this particular rally demanded the return of an Italian football manager.

The reason? US sanctions.

Esteghlal FC — which under Stramaccioni’s stewardship has risen to the top of the country’s first league — is owned by the Iranian state and his salary is thus paid by the Ministry of Sport. But US sanctions against the Persian state prevent Iranian banks from using the international SWIFT system to carry out international transfers.

According to Euronews’s Persian journalists, because of the embargo, there are only two ways to pay a foreign worker in Iran. The first one involves bringing cash to Dubai or the United Arab Emirates from where bank transfers can then be made; the second one involves money changers who move the salary from the Iranian branch to a foreign one and then to the final recipient’s account.

However, significant sums still raise red flags. Stramaccioni’s two-year contract with the club is believed to have been worth around €1.6 million.

“The club should have been clear when the contract was signed and say there would be problems with the sanctions,” Hosseini said.

He added that the players, who have largely rallied around Stramaccioni, had also not be paid in months or with cheques that bounced.

Former Belgium manager Marc Wilmots’s departure as the Iranian national team’s manager earlier this year after only six months in the job may also have precipitated because of the sanctions, according to a local journalist.

The Iranian currency has lost two-thirds of its value since January 2018 so clubs simply cannot honour the promises made. “We have a big problem of management and corruption. The revenues do not cover the expenses,” he added.

The issue is politically sensitive so Iranian authorities have denied that there is any kind of problem. In Wilmots’s case, an Iranwire investigation revealed that the local federation tried to blame FIFA for allegedly not paying them what they were owed for qualifying for the last two World Cups.

Supreme leader Khamenei has also said that there is “no need” to hire foreign coaches.

Abbas Iraghchi, the country’s Deputy Foreign Affairs Minister has said that the matter would soon be resolved while a spokesman for the Ministry of Sport said that negotiations have begun with the Italian ambassador in Tehran to “resolved the problem”

Asked by Euronews about a possible return to Iran, Stramaccioni said: “my agent Pastorello and my legal representatives are working hard with the club. At the moment, however, I have not received any communications in either direction”.