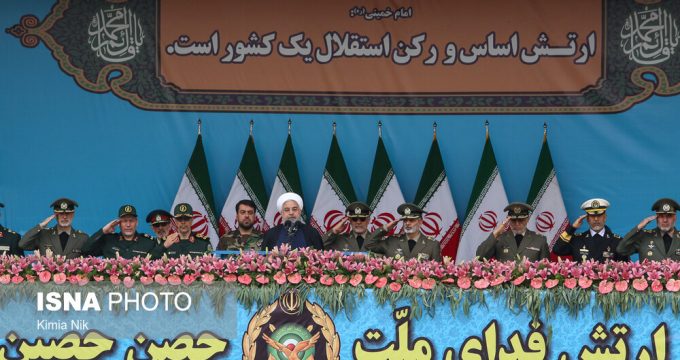 Radio Farda – President Hassan Rouhani’s administration announced Tuesday that two billion euros ($2.22 billion) will be taken from Iran’s National Development Fund and given to the military, boosting its budget by 8 percent in the next Iranian calendar year.

Iran is in the grip of a deep recession with a 9 percent contraction this year and faces serious problems with earning hard currency for vital imports.

Last month, the government raised the price of gasoline, sparking mass protests that were crushed with killing at least 208 protesters and possibly many more. Security forces have jailed 8,000 protesters.

The Rouhani government’s announcement is seen as a possible reaction to hardliners in Iran complaining that the budget of the military has slightly decreased in the proposed budget.

It is not clear if the decision to take 2 billion euros from the country’s savings was made by Supreme Leader Ayatollah Ali Khamenei who in the past has ordered the government to give more money to the military.

Last year, Ayatollah Khamenei ordered a 1.5 billion euro increase, which was approved in the parliament without any discussion.

Having lost most of its oil exports due to U.S. economic sanctions, Iran’s currency has dropped more than 15 percent just in the last 20 days. The devaluation brings on inflation and rising prices working class people cannot afford.

The National development fund was established by saving 36 percent of the country’s oil income annually, but this year all the oil income needs to be spent, according to Fars news agency.