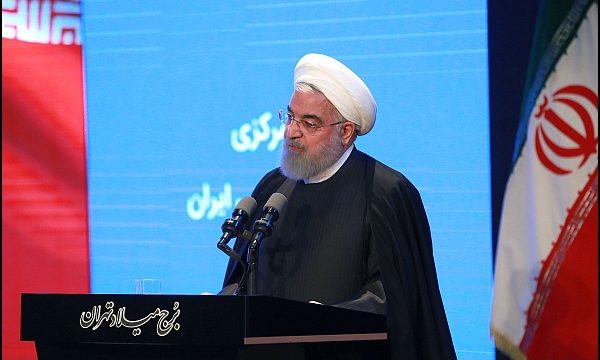 Press TV – Iran’s President Hassan Rouhani says his administration is planning to bolster the infrastructure for launching the National Information Network (NIN) so that it would become so strong as to obviate the need for taking advantage of foreign information networks.

Rouhani made the remarks on Sunday while addressing an open session of the parliament after submitting a draft state budget, which he said was designed with the least possible dependence on oil revenues in order to resist and counter US sanctions.

Explaining those parts of the budget bill, which are related to the information and communication technology as well as the internet bandwidth, Rouhani emphasized that one of the basic policies of his administration was to bolster the country’s infrastructure in such areas as health and treatment, environment, agriculture, utilities, communications and the internet bandwidth.

“Since the beginning of the 11th administration, the bandwidth has been increased about 20 times and we will continue this process so that we would make the National Information Network so strong that people would not need foreign [networks] to meet their needs,” Iran’s president said.

Rouhani added that the Leader of the Islamic Revolution Ayatollah Seyyed Ali Khamenei has also issued an order in this regard, “which, God willing, we would follow up on that order through the Supreme Council for Cyberspace and our people will see better conditions in this field.”

Iran has been trying for many years to build its own National Information Network in parallel to taking advantage of the international internet in order to make sensitive domestic centers and facilities immune to cyber attacks originating from hostile countries.

According to Supreme Council of Cyberspace, the National Information Network is “based on the Internet Protocol with switches and routers and data centers, which allow for data requests to avoid being routed outside of the country and provide secure and private intranet networks.”

During the recent unrest that followed the government’s decision to raise fuel prices, saboteurs and rioters took advantage of various web-based networks to organize their activities and carry out acts of sabotage across the nation, which prompted a near-total cutoff of the international internet following a decision by the country’s highest security authorities.

For a first time in years, the blackout enabled many Iranian providers of internet services to extensively use the country’s National Information Network (NIN), a platform once touted as the national internet.

Authorities believe the NIN could be of more use in future if the content provided on the platform could match its massive technical potentials.

On November 18, Iran’s Minister of Information and Communication Technology Mohammad Javad Azari Jahromi slammed remarks by a senior US diplomat about internet blackout in Iran, saying it is pure hypocrisy that Americans are promising to provide Iranians with free and unrestricted internet.

The minister insisted, however, that a successful switching of many online services to Iran’s National Information Network had prevented a full halt to banking and other routine activities on the internet.

“The infrastructure for the NIN has made a significant progress,” said Azari while expressing regret that the content offered on the network is not enough to respond to all public needs.

Earlier in August, Azari Jahromi announced that more than 30,000 villages across Iran were connected to the country’s national information network.

“Today, some 30,799 villages, or 78 percent of the villages of the country, are connected to the national information network,” said Azari Jahromi, adding that linking the 3,825 remaining villages would be accomplished based on schedule.