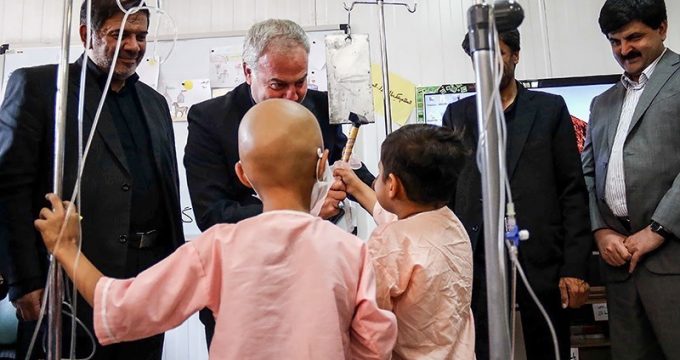 Effects of US sanctions on Iranian citizens’ health security

Tehran Times | Hamed Khani: 1. Problem statement Sanctions are one of the punitive measures in international relations that have a lot of meanings. Sanction can be defined as cutting or restricting business and political ties as punitive action by one or more governments against a country that has violated international law.

In international law, sanctions are a series of compulsory actions aimed at forcing governments, international actors or noncompliant individuals to observe international law or to comply with the policy of the organization that imposes sanctions. Technically, the term is used for both military and civilian actions, but it is mostly common in civilian cases. Sanctions may be imposed as a response to violation of a norm or preventing the violation, but it also may be an act to achieve a foreign policy goal or certain concessions from the sanctioned country.

What will be discussed briefly are the U.S. unilateral sanctions against Iran, which have been intensified in recent years. Some scholars and legal experts believe that in the case of sanctions imposed by the United States, international law and human rights are deliberately ignored. This issue has made us to briefly describe U.S. sanctions actions and decisions toward the Iranian nation, considering international law and human rights.

2. Health security from the prospective of international law

The concept of health security was first stated by the UN in 1994 and aimed to ensure the protection against diseases and unhealthy lifestyles. Subsequent to this initiative, many references have used this concept to represent the health issues that have a major influence on human security. Such security tackles the insecurities that are resulted from infectious and parasitic diseases in vulnerable areas or widespread consequences of countries’ industrialization. In other words, health security refers to the people’s freedom from all kinds of diseases and their access to health services. Currently, the UN is the main active organization in health security at the international level. The organization was founded in 1948 and pursues the above-mentioned goals.

Health is an international issue and there is a strong link between health and global peace and security. The World Health Organization (WHO), which was founded in 1984, at the same time the Universal Declaration of Human Rights was signed, is aimed at achieving health and developing health standards. In addition, the right to health security is emphasized in various international instruments and laws, such as the Statute of the WHO, Article 25 of the Universal Declaration of Human Rights, Article 12 of the International Covenant on Economic, Social and Cultural Rights (ICESCR), Article 12 of the Convention on the Elimination of all Forms of Discrimination Against Women (CEDAW), Article 29 of  Convention on the Rights of the Child (CRC) and Article 5 of the International Convention on the Elimination of All Forms of Racial Discrimination (ICERD). In Article 2 of the Charter of Rights is also stated that citizens have the right to a decent life and its necessities, including clean water, proper food, health promotion, environmental health, and access to medicine and medical services in accordance with current knowledge and national standards.

Another point is that the right to health is comprehensive and includes the right to health care and its determining factors as well. This issue is so important that the WHO considers the access to essential medicines as a necessary matter and has discussed about compulsory licenses in this field. Therefore, from the view of international law, sanctions should not lead lack of access to medicine and food to citizens.

On the other hand, the right to health is liable to stay in execution, and is considered as one of the most complex human rights in international law. International health law, which is developing on various international instruments, as well as national, regional and global organizations, has faced with new concepts. Health justice, primary health care, health promotion and health security are stated as the components of human security in international health law. The right to health security, as a significant human right, plays an important role in approaching a healthy society.

3. The effects of sanctions on health security

It is obvious that some international sanctions and also most U.S. sanctions have had various effects on health security of the Iranian people. The lack or restriction of access to medicine and standard medical services and supplies is one the sanctions’ effects. The economic and financial sanctions imposed by the U.S. in the recent years have influenced the import of medical goods. In this regard, in 2018, the Executive Director of the Kidney Foundation of Iran, Ahmad Ghavidel, stated, “If we cannot buy medicine through the (banking) channel, we must buy low-quality medicines, those countries that have pharmaceutical agency in Iran are present in Iran, but banks have been sanctioned in a way that they cannot transfer money”. Emphasizing that we are facing the U.S. in the current situation, he said, “These sanctions are different from those in previous periods, and we are not facing with all countries, and Americans are lying that medicine is not sanctioned and they must be held accountable”.

4. The reaction of the Islamic Republic of Iran from a legal perspective

1. The ruling of the International Court of Justice (ICJ) on October 3, 2018 to temporarily settle the U.S.-Iranian disputes can be an example of the Iranian government’s reaction to U.S. sanctions. According to the court’s ruling, the sanctions may not hurt exportation to the territory of Iran of goods required for humanitarian needs such as medicines, medical devices and foodstuffs and agricultural commodities as well as goods and services required for the safety of civil aviation. In fact, Iran’s government has been able to persuade the ICJ to order the U.S. that it does not have the right to impose sanctions on the three major fields of medicines, foodstuffs (agriculture) and airplane components.

2. The correspondence of the Minister of Health and Medical Education with the WHO about sanctions. Following the negotiations carried out at the meetings of the headquarters for providing medicine and medical equipment on October 30, 2018, Iran’s Minster of Health and Medical Education Saeed Namaki sent a letter to WHO director-general stating the cruel and inhuman goals of the sanctions.

5. Legal recommendation to the government

Finally, in addition to the measures taken by the government to counter the effects of sanctions on health security, it is recommended that all deliberate actions and violations by the U.S. against the Iranian nation be filed for claiming damage. One of the measures that the executive body, especially the Ministry of Foreign Affairs and the Ministry of Health and Medical Education, can take in coordination with the Islamic Consultative Assembly (Parliament) and the Judiciary is recording all the violations related to supply of medicines and medical devices, as well as banking operations. This move is essential for claiming damage from the United States. Since the ICJ has not yet entered the main lawsuit, the documentation is the most important step that can be taken at the present time. The management of public and private companies, hospitals and health centers can document all the damages to legal entities or individuals to record and claim damages.