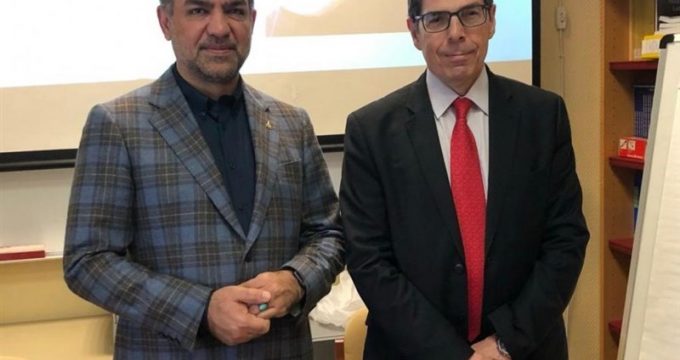 Tasnim – The head of Iran’s Organ Transplant Management Center said the “cruel” sanctions imposed by the US against the Islamic Republic have negatively affected patients with rare diseases.

Speaking at a meeting with high-ranking Spanish health officials in Madrid, Mehdi Shadnoush presented a report on the situation of patients with rare diseases in Iran and described the US sanctions and their impact on their quality of life and sufferings as “cruel and inhumane”.

Patients with rare diseases around the world have common pains, and the US government should answer the question as to why these patients’ lives should be affected by the political and economic developments, he added.

“The US restrictions have been inhumane and created problems for patients with rare diseases but the Iranian government remains committed to providing the necessary support for them…,” Shadnoush went on to say.

During the meeting, the two sides also exchanged views about a range of issues, including ways to reduce the problems of Iranian patients with rare diseases.

Back in April, Iranian First Vice-President Eshaq Jahangiri said the “inhumane” move by the US government to impose severe sanctions on the Islamic Republic has put the health of the Iranian people and regional nations at risk.

Addressing the 7th World Health Summit Regional Meeting 2019 on the southern island of Kish on April 29, Jahangiri deplored Washington’s acts of sabotage against Iran’s medicine sector and said the US move to threaten international pharmaceutical companies not to cooperate with Iran has prevented the purchase and imports of needed medicines.