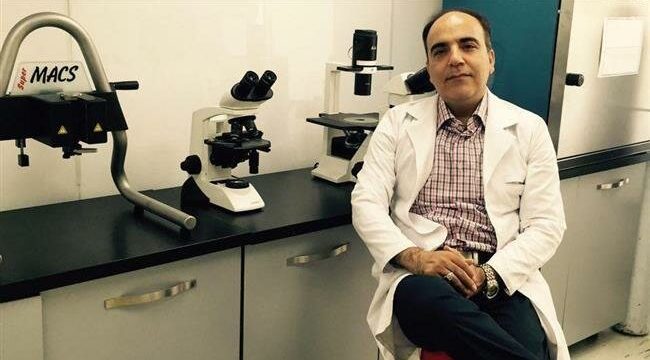 Jailed Iranian prof. released from US after one year: FM

Press TV – Iran’s Foreign Ministry has announced that stem cell scientist Dr. Masoud Soleimani has been released after a year of imprisonment in the United States.

Iranian Foreign Minister Mohammad Javad Zarif said in a tweet on Saturday that the top scholar, along with Xiyue Wang — a Chinese-born US citizen who had been sentenced to 10 years in prison for espionage in Iran in 2017 — had been delivered to the Swiss officials and would “be joining their families shortly.”

Soleimani, a 49-year-old Iranian scientist, left Iran on sabbatical last year but was arrested upon arrival in Chicago and transferred to prison in Atlanta, Georgia for unspecified reasons.

His brother has said in interviews that the only accusation facing him was that two of his students were arrested while departing the United States three years ago because they were carrying five vials of growth hormone. This is while such material is readily available on the market and not subject to sanctions, he explained.

The two students were charged in a court and released after posting bail because they held US citizenship.

Soleimani was “definitely” being held hostage by the US administration, his brother said. “How can a researcher and a physician, who does not have any criminal record and boasts numerous articles published in international circles, be placed in detention?” he asked.

He also revealed that the professor had been pressed to confess that the purchase of the growth hormones had been made with an intent to “circumvent the American sanctions” against Iran.

US authorities said such a confession would pave the way for a plea bargain, but Soleimani refused to accept the offer.