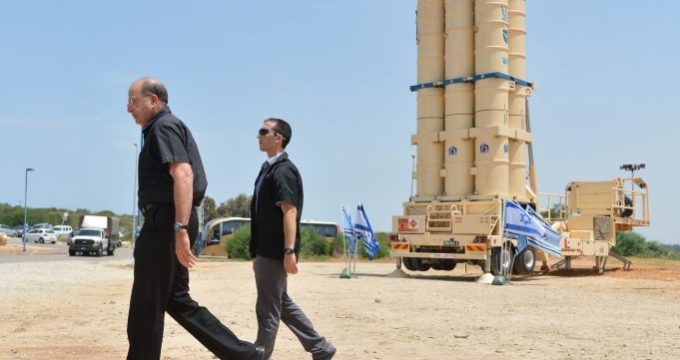 A white trail of smoke was visible over central Israel Friday morning as the Ministry of Defense conducted a surprise missile test, launching a rocket from a military base just south of Tel Aviv.

“The defense establishment conducted a launch test a few minutes ago of a rocket motor system from a base in the center of the country,” the ministry said. “The test was scheduled in advance and was carried out as planned.”

The launch from the military base in Palmochim was reportedly testing a missile propulsion system, which could be used to carry either defense missiles such as the Arrow 3 or attack missiles like the Jericho 3, said to have a range of 2,000 kilometers, capable of carrying nuclear warheads.

The advanced missiles recently upgraded by Israel Defense Forces (IDF) require a great deal of thrust to reach beyond the atmosphere and carry a large warhead. A similar experiment was conducted about a year and a half ago.

The test disrupted flight patterns at Ben Gurion airport, and required all take-off and landing to be moved away from the southern side.

The test caused a stir in the Jewish state, as citizens are conditioned to run for shelter as a result of regular rocket attacks from the Gaza Strip.

Later Israel media reports suggested the test was meant to be a show of force, as part of the Jewish state’s nuclear deterrent system, especially aimed at Iran.