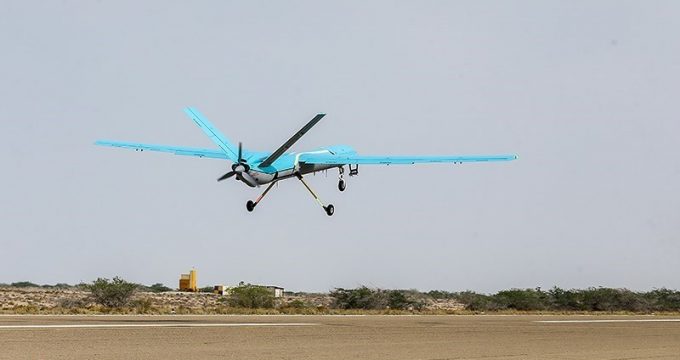 With a flight endurance of 24 hours, the drone can be used for combat, reconnaissance, and tactical operations, and electronic warfare.

Shahed-129 is now in service in the fight against drug-traffickers and terrorists, patrol and reconnaissance missions along the territorial and sea borders, environmental operations, and for taking aerial images.

The combat version of Shahed-129 can carry a payload of 8 bombs or smart missiles and is designed to hit both fixed and mobile targets.