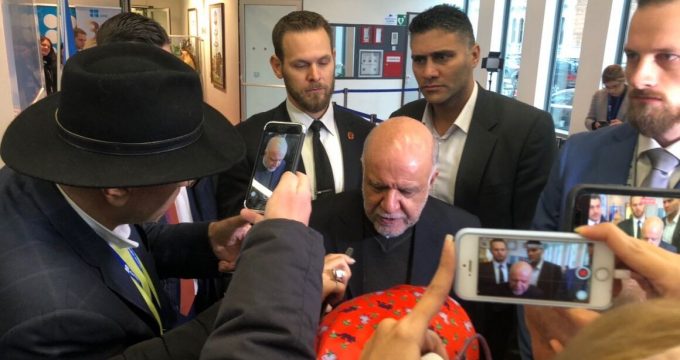 SHANA – Iranian Minister of Petroleum Bijan Zangeneh expressed satisfaction at the negotiations between OPEC members on Thursday, announcing an extraordinary OPEC meeting would be held within the next 3 to 4 months.

Following a short stay in the 7th OPEC+ meeting, Zangeneh told reporters that the negotiations were good and favorable results were obtained.

“I think that all the topics will be sorted out between OPEC and non-OPEC in today’s meeting,” he said.

Zangeneh added that OPEC often approached issues in the short-run and there would be an extraordinary OPEC meeting in 3 or 4 months in order to make decisions.

Asked why the OPEC meeting took over 7 hours, Mr. Zangeneh blamed mathematics for the meeting taking too long.

He further said that the final decisions made at OPEC+ meeting would be announced by OPEC secretary general and the president of OPEC conference.

The official also expressed optimism that the production cuts would be increased by half a million barrels per day.

“The OPEC+ meeting will come to an end soon. I think the final decisions will be announced in a few hours,” he said.