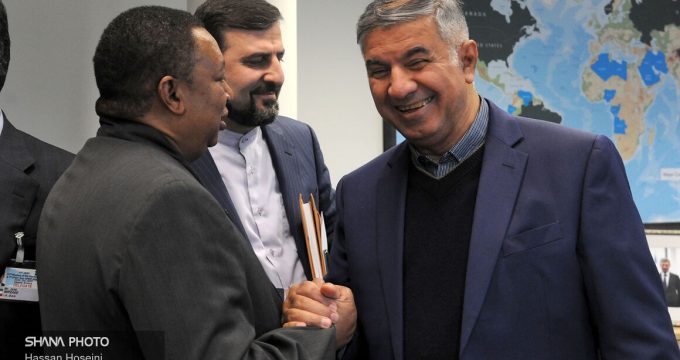 In post on Twitter page of Permanent Mission of Islamic Reoublic of Iran to UN-Vienna on Friday, Iran’s permanent representative to international organizations in Vienna, Kazem Gharibabadi, said Iran will fully exercise its rights to produce and export oil after the illegal sanctions.

“The reduction in quotas should only include Stated who has increased their production,” he said.

Iranian First Vice-President Eshaq Jahangiri highlighted last week the country’s success in countering the US sanctions and said the Islamic Republic is selling its oil despite the embargoes on the oil sector.

The US government thought it was able to cut Iran’s oil exports to zero but the Islamic Republic sells its oil in various ways even though its neighbors and close international friends did not dare to buy the Iranian oil, Jahangiri said in a speech on Monday.

Iranian officials, however, have dismissed such moves as psychological warfare, saying the country has its own ways of circumventing the American bans.