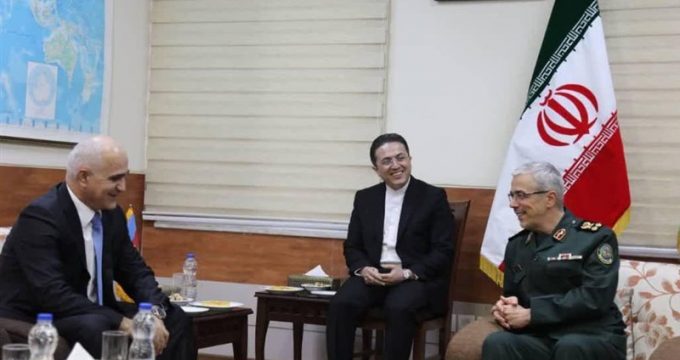 Tasnim – Chief of Staff of the Iranian Armed Forces Major General Mohammad Hossein Baqeri and First Deputy Prime Minister of Azerbaijan Shahin Mustafayev exchanged views about a range of issues, including ways to boost security ties between the two neighbors.

During the meeting, held in Tehran on Wednesday, Major General Baqeri and Mustafayev discussed security and defense cooperation between Iran and Azerbaijan and stressed the need to view boosting the bilateral relations from a strategic perspective.

“The Islamic Republic of Iran regards the relations between the two countries’ people and Muslim armed forces as one of its strategic priorities and is determined to provide the opportunities and capacities needed to enhance them,” he said.

Iran and Azerbaijan have ramped up efforts in recent years to forge a closer partnership in various areas.

In late October, Iranian President Hassan Rouhani and his Azeri counterpart, Ilham Aliyev, met in Baku on the sidelines of the 18th Summit of Non-Aligned Movement (NAM).

In 2016, Aliyev paid an official visit to Tehran, during which the two sides signed 11 memorandums of understanding and agreements to promote mutual cooperation in a range of areas.