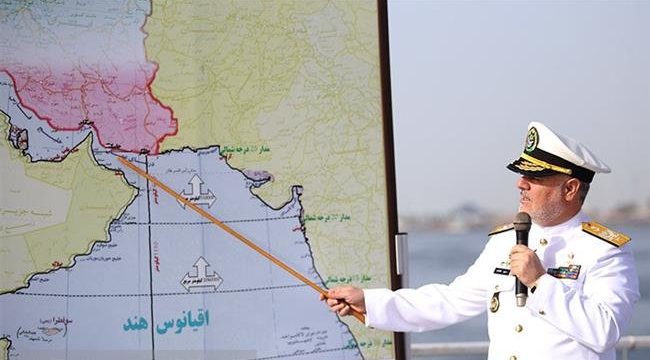 IRNA — Navy Chief Rear Admiral Hossein Khanzadi said on Tuesday night that Iran’s Navy is ready for expedition at the Atlantic Ocean in case was assigned to.

“The Navy enjoys many capabilities, and will see their growth and maturity in the future.”

He said that the Islamic Republic of Iran Alborz destroyer’s mobility has increased significantly, its weapons have upgraded and more capability and stability.

One of the products was a vertical takeoff and landing (VTOL) naval drone, dubbed Pelican-2.