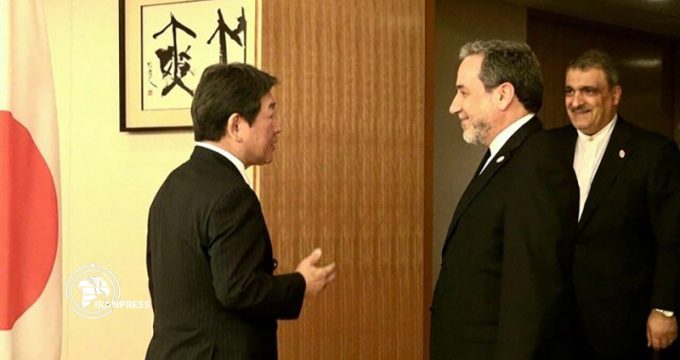 Iran has no intention to leave nuclear deal: Deputy FM

Press TV – Iran’s deputy foreign minister for political affairs says the Islamic Republic has no intention to abandon a nuclear deal it clinched with major world powers in 2015, saying Tehran will resume fulfilling its commitments under the accord if sanctions are lifted.

“Our goal is not to exit the JCPOA (the Joint Comprehensive Plan of Action), but we have decided to reduce our commitments after an entire year of exercising patience and witnessing non-compliance on the part of the European countries,”  Abbas Araqchi said in a meeting with Japanese Foreign Minister Toshimitsu Motegi in Tokyo on Tuesday.

He added that Iran would return to the JCPOA commitments if sanctions against the country are lifted and it is allowed to benefit from the deal.

The sanctions were re-imposed by the US on Iran after Washington unilaterally abandoned the Iran deal in May 2018.

In response, Tehran has so far rowed back on its nuclear commitments four times in compliance with Articles 26 and 36 of the JCPOA, but stressed that its retaliatory measures will be reversible as soon as the European signatories — France, Britain and Germany — find practical ways to shield mutual trade from the US sanctions.

As a first step, Iran increased its enriched uranium stockpile to beyond the 300 kilograms set by the JCPOA.

In the second step, Tehran began enriching uranium to purity rates beyond the JCPOA limit of 3.76 percent.

In the third phase, after the Europeans failed to meet a 60-day deadline to meet Iran’s demands and fulfill their commitments under the deal, Iran started up advanced centrifuges to boost the country’s stockpile of enriched uranium and activated 20 IR-4 and 20 IR-6 centrifuges for research and development purposes.

Last month, Iran began injecting gas into centrifuges at the Fordow plant as part of its fourth step away from the JCPOA under the supervision of the International Atomic Energy Agency.

Elsewhere in the meeting, Araqchi said the Middle East is in a sensitive situation at present, adding that collective cooperation with the purpose of easing tensions is currently required more than ever.

“Tensions continue to run high. That is why discussions and cooperation between Japan and Iran are becoming more and more important,” Japan’s Kyodo news agency quoted Araqchi as saying.

The Japanese foreign minister, for his part, expressed his concern about the developments in the Middle East and called for diplomatic efforts to reduce tensions.

Motegi also reiterated his country’s support for the JCPOA and called on all sides to show restraint in order to reduce tensions.

During the meeting, Araqchi and Motegi exchanged views about mutual relations and the latest regional and international issues, including the situation in the Persian Gulf and the Middle East.

The Iranian diplomat, who serves as a special envoy of President Hassan Rouhani, is on a two-leg trip to China and Japan.

Speaking in a joint press conference with Chinese Vice Foreign Minister Ma Zhaoxu in Beijing on Sunday, Araqchi said the international community has a responsibility to protect the nuclear deal which was the outcome of a multilateral endeavor.

“The JCPOA is an achievement of international diplomacy and world countries are responsible for observing, implementing and protecting it,” he said.