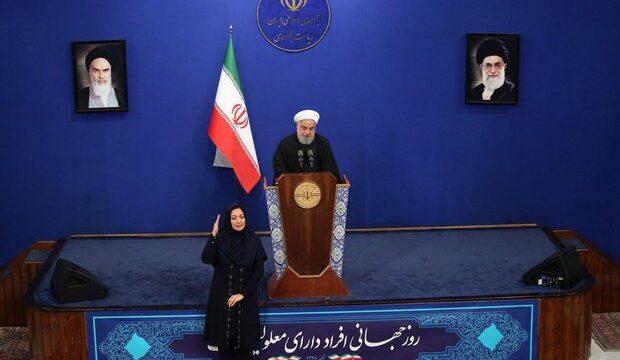 US privately sent messages for talks contrary to its open statements: Rouhani

MNA – Iranian President Hassan Rouhani said on Tuesday that US’ requests sent in private for having talks with Iran are in contrast with the statements the Americans make in public.

Making the remarks in a meeting with people with disabilities on the occasion of International Day of Disabled Persons (December 3), President Rouhani reiterated that, today, the resistance of the Iranian nation has forced the US officials to seek negotiations with Iran.

Iran has repeatedly rejected Trump’s offer of talks, saying it would not engage in such negotiations unless the US returns to the deal and lifts its unilateral sanctions.

Tehran says negotiations with Washington would be possible within the framework of the P5+1, comprising the US, France, Britain, Russia, China plus Germany, which successfully negotiated the deal with Iran, if Washington meets those conditions.

In a speech at the recent General Assembly in New York, Rouhani reaffirmed Iran’s position and said he was not interested in a “memento photo” with Trump on the sidelines of the UN meetings, while the US was piling economic pressure on Iran.

On September 25, Rouhani told FOX News that no talks would take place between Iran and the US as long President Trump has not lifted all sanctions against Iran in a measure to restore ‘trust.’