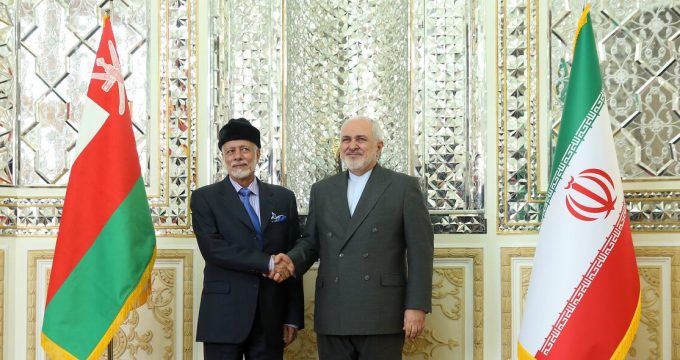 Taken to brink by Trump, Persian Gulf states are backpedaling on Iran

Bloomberg | Zainab Fattah: An expanded soccer tournament, a direct flight, clandestine meetings and a pledge to release prisoners of war; diplomacy is breaking out as Persian Gulf Arab nations back away from a Donald Trump-inspired confrontation with Iran. And the signs are everywhere.

Last week, Saudi Arabia, the United Arab Emirates and Bahrain played their first games of the 2019 Arabian Gulf Cup in Qatar after a last-minute decision to take part — an apparent breakthrough in a 30-month feud that saw them halt trade and flights over Qatar’s links with Iran and support for Islamist groups.

Meanwhile, the Saudi-led coalition that’s fought Houthi rebels in Yemen since 2015 began releasing jailed Houthis, as efforts to end the conflict gather momentum. Oman is quietly hosting high-level meetings, according to people familiar with the matter, and even Iranian President Hassan Rouhani has hinted at direct channels with the U.A.E.

Spooked by the prospect of a catastrophic war with Iran and its proxy militias across the region, Persian Gulf monarchies are in the midst of a strategic rethink. The U.A.E., whose economic model relies in large part on its international links, quickly realized it had most to lose from a military escalation. It had removed most of its troops from Yemen by the end of a turbulent summer that saw oil tankers targeted and a U.S. drone downed in the Persian Gulf without significant American response.

While the humanitarian catastrophe unleashed by the Yemen war trained an unwelcome spotlight on Saudi Arabia, it took a brazen strike on Saudi oil installations — which knocked out half the country’s crude production — to ram home the risks and prove that Trump was not about to ride to his allies’ rescue.

“The attacks shattered any illusion of this magical U.S. security umbrella,” said David Roberts, an assistant professor at King’s College London who studies the Gulf. “It burst the bubble and showed that Iran had the willingness to both do something astonishing like the attack on Aramco facilities and the capability to carry it out.” 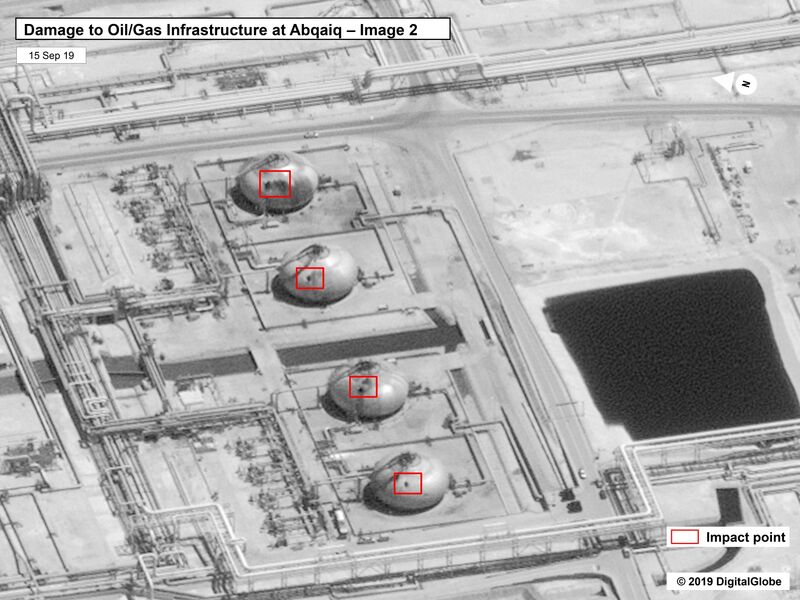 Iran denies U.S. and Saudi assertions it carried out the Sept. 14 strikes, pointing to Houthi claims of responsibility. But people familiar with investigations into the attacks say they were almost certainly launched from southwestern Iran — an explosive escalation in Tehran’s pushback against an economic offensive unleashed by Trump and enthusiastically backed by the Saudis.

The Trump administration withdrew last year from the 2015 deal meant to prevent Iran from developing a nuclear bomb, and reimposed sanctions that have crippled its oil exports. But the “maximum pressure” policy is designed to coax Tehran into more concessions not to drag the U.S. into a new Middle East war just as it draws down troops in Syria.

Rolling back Shiite Muslim Iran’s power remains a priority for the Sunni Gulf Arab leadership. There’s an increasing recognition, however, that no one stands to gain from a military escalation in the world’s top oil-exporting region.

Saudi Arabia’s Center for International Communication didn’t respond to an email seeking comment. The U.A.E. declined to comment. But in a Nov. 10 speech, Minister of State for Foreign Affairs Anwar Gargash said he saw “a path to a deal with Iran that all parties might soon” be ready to embark on if Tehran demonstrated commitment.

In search of a breakthrough, Pakistani Prime Minister Imran Khan, a former cricketer elected with the backing of a powerful army that provides extensive support for the Saudi military, shuttled between Tehran and Riyadh in October. He met Iran’s supreme leader, Ayatollah Ali Khamenei and Rouhani, as well as Saudi Arabia’s King Salman and Crown Prince Mohammad bin Salman, describing talks as “encouraging.”

Khan said he traveled at the request of Trump and Saudi Minister of State for Foreign Affairs Adel Al-Jubeir said the diplomacy wasn’t prompted by the kingdom. But deepening unease in the Persian Gulf catalyzed the effort.

Turning these overtures into lasting peace between countries that have grown further apart since the 1979 Iranian revolution remains far off.

The Persian Gulf states resent Iran’s deep reach into Arab nations. While ongoing protests in Iraq and Lebanon suggest Iran has reached the limit of its regional influence, they are unlikely to reverse political and military advances decades in the making.

“Cold peace is possible but we are certainly far from a grand bargain,” said Afshin Molavi, senior fellow at the Foreign Policy Institute at Johns Hopkins. “For that, both Riyadh and Abu Dhabi would have to accept a role for Iran in Arab countries such as Iraq, Syria, Lebanon and Yemen.”

As they explore ways forward, Gulf states are moving at different speeds.

The U.A.E. broke with the U.S. and Saudi Arabia by not naming Iran as the culprit behind attacks in May and June on oil tankers as they sailed toward the Strait of Hormuz, the world’s foremost oil shipping chokepoint.

It sent coast guard officials to Iran for the first time in six years and Rouhani hinted at other meetings with senior U.A.E. officials. “We’re moving toward improved relations,” he said Oct. 14. Saudi Arabia is catching up.

Attacks on oil tankers and a U.S. drone have raised tensions around the strategic Strait of Hormuz

Washington built a multilateral naval operation to protect shipping in the Persian  Gulf after the attacks and sent more troops to Saudi Arabia. Both actions resulted in a “down tick” in Iranian actions,” U.S. Defense Secretary Mark Esper said Nov. 13. “The Iranians should not mistake our restraint for weakness.”

Where the U.S. holds back, however, others are crowding in. Besides his role in saving Bashar al-Assad’s regime, Russian President Vladimir Putin has forged a partnership with Iran, created an oil alliance with Saudi Arabia and built ties with Egypt’s Abdel-Fattah El-Sisi, who was warned by the U.S. last month against plans to purchase Russian jets.

Putin traveled to Saudi Arabia and the U.A.E. in October after visits by the Saudi king and the U.A.E.’s de-facto leader Mohammad bin Zayed to Moscow. The two Persian Gulf countries and Russia have signed deals valued at billions of dollars.

For Iran’s Rouhani, the case for regional engagement is obvious.

“Don’t you know that Iran is going to stay here and we will remain neighbors throughout history?” he has said, referring to Iran’s Arab neighbors. “Trump will only be around for a few years and will go back to whatever it was he was doing.”

— With assistance by Golnar Motevalli, and Glen Carey

Afshin Molavi, Donald Trump, Persian Gulf states December 3, 2019
Why Tehran doesn’t talk to Washington?
Sanctions may have fueled Iran protests, but have yet to further US goals