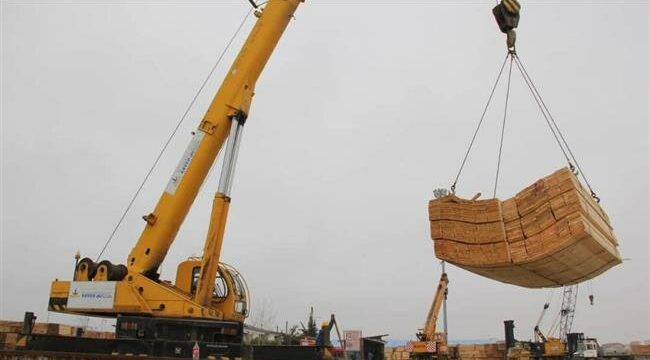 Iran to open first privately-owned port on the Caspian Sea

Press TV – Iranian authorities say a first privately-owned port facility in the north of the country and on the Caspian Sea is to open after nearly 15 years of planning and construction.

An official in the northeastern province of Golestan said on Sunday that construction of two main breakwaters at Khvajeh Nafas Port was nearing its final stages, allowing officials to inaugurate the facility in the near future.

Allahyar Asadi, who heads the local branch of Iran’s Ports and Maritime Organization, said that once opened, the port would hugely boost maritime transportation in the eastern coasts of the Caspian while it would lead to a major economic boom in the Golestan region.

Most of Iran’s trade through the Caspian Sea is processed via the western and central coasts of the enclosed body of water and in the provinces of Gilan and Mazandaran.

Golestan, which borders Turkmenistan, is a main agriculture hub in the region and a main gateway to the Central Asian countries.

Planning Khvajeh Nafas began in 2005 when government authorities sought to create more jobs in the region through more exchanges with Russia and Kazakhstan, a country which is becoming a transit route for Chinese cargoes seeking to reach Europe.

Golestan’s Governor Hadi Haqshenas told IRNA agency on Sunday that Khvajeh Nafas will soon begin processing large cargoes with a first ship carrying timber due to arrive at the port in the near future.

He said the port would be capable of accommodating ships with a maximum of 5,000 tons of cargo in its first phase of operation.