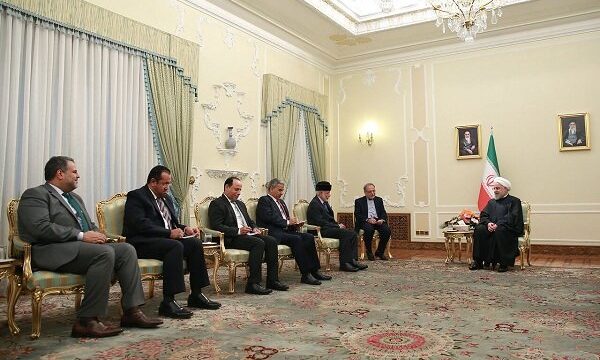 MNA – Iranian President Hassan Rouhani said that Iran has no problem in developing relations with neighboring countries and renewing relations with Saudi Arabia, and all countries must be together in order to provide security and stability in the region.

He made the remarks in his meeting with Omani Foreign Minister Yusuf bin Alawi on Tuesday.

Stating that meeting with Omani officials is always a great opportunity to develop friendly relations, he said, “Iran attaches great importance to the development of relations and cooperation with its neighbors, particularly Oman.”

Iranian President noted, “Fortunately there has been good momentum in economic relations between Iran and Oman”, adding, “We hope that good steps will be taken to develop and strengthen Tehran-Muscat relations and cooperation by holding the 18th Joint Commission on Cooperation between the two countries.”