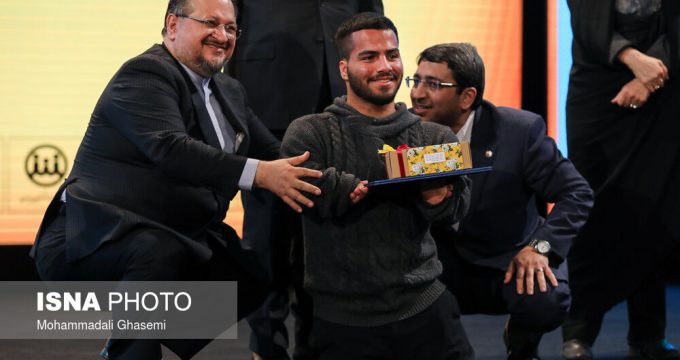 International Day of Persons with Disabilities celebrated in Tehran

Tehran Times – A ceremony was held in Tehran on Sunday to celebrate International Day of Persons with Disabilities, ISNA news agency reported.

Shariatmadari, for his part said that in order to build a more accessible environment for persons with disabilities, culture should be promoted in the society, and the public should be aware that disability is not farfetched and can happen to anyone in any time of their life.

“We are very pleased that law on the protection of the rights of persons with disabilities was approved which can be an effective step towards resolving the problems of those suffering from disabilities.”

Majlis [the Iranian parliament] approved both general outlines and details of a bill on rights of persons with disabilities on January 2018. Development of disability-friendly cities, free transportation, health insurance, free education, job creation, housing loans, and less working hours are some of the articles of the law.

Shariatmadari said students with disabilities studying in state universities will receive scholarships for the first time this year.

Although the cities must be adjusted to be disability-friendly, the public’s perspective to disabled people must be adjusted, which requires a partnership between related bodies, including media, he highlighted.

Disability genes database to be launched within 4 years

Qobadi-Dana for his part said that the Welfare Organization is working on the establishment of the disability genes database, which is going to be developed over the next 4 years.

“Our main goal is that people with disabilities lead an independent life with effective participation in the community and to be able to work and have a normal life like other citizens,” he noted.

To do so, all the people and responsible organizations should take steps and provide the necessary conditions for the persons with disabilities to be accepted in the community, he added.

Pointing out that families are worried about whether their next child will suffer a disability, he said that to address this issue, “We considered the genetic screening of families with disabled members to be free of charge.”

Anyone with severe disabilities and in need of a job should be paid salary, and the fund has been provided for this issue, he stated.

He concluded that day and night care centers will also receive higher subsidies per patient.

Over 1.3m persons with disabilities live in Iran

Hanachi also said that over 1.3 million people suffering from disabilities live in the country and the figure rises by 50,000 every year.

“So, we have to make urban areas more accessible for disabled people and provide them with necessary services,” he added.

About 15 percent of the world’s population lives with some form of disability, of whom 2-4 percent experience significant difficulties in functioning.

The global disability prevalence is higher than previous WHO estimates, which date from the 1970s and suggested a figure of around 10 percent. This global estimate for disability is on the rise due to population aging and the rapid spread of chronic diseases, as well as improvements in the methodologies used to measure disability.