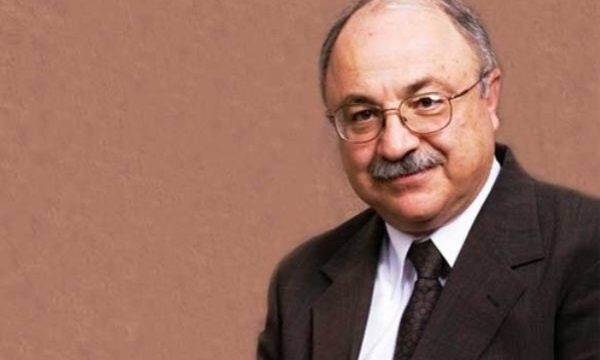 Sanctions are weapons of war if they are comprehensive and prolonged

Iran Review – More than a year after the US withdrawal from the Joint Comprehensive Plan of Action, President Donald Trump’s contentious decision is still being debated by the media, think tanks and academic circles worldwide. In implementing a “maximum pressure” policy combining hard-hitting economic sanctions and diplomatic pressure, the Trump administration is pulling out all the stops to squeeze Iran into capitulation and bring the Islamic Republic back to the negotiating table to sign a new deal.

JCPOA is a detailed, 159-page agreement reached by Iran and six world powers as well as the European Union in July 2015. Its implementation signaled the normalization of relations between Iran and the international community, and served to diffuse tensions between Tehran and Washington, the two traditional adversaries. The landmark historical agreement between extreme opponents was not simply a political achievement but represented a major leap forward in nuclear non-proliferation.

The US pullout from the deal in May 2018 weakened it significantly and the remaining parties have been working hard to save it ever since. Some observers note although the JCPOA is not dead, it’s in serious trouble without the United States. As the Trump administration has reinstated broad-ranging economic sanctions against Iran that were removed following the signing of the Iran deal, and while it has threatened Iran’s trade partners and oil clients with tough secondary sanctions, the survival of the JCPOA appears to stand on shaky ground. In response to the tightening US sanctions, Iran has scaled back some of its commitments under the JCPOA, including taking its low-enriched uranium limit over the threshold agreed in the deal. This is while the UN’s atomic watchdog, the IAEA, had confirmed in 15 consecutive reports that Iran had met its side of the bargain and fulfilled its technical commitments in the pact.

Prof. Nader Entessar is Professor Emeritus and former Chair of the Department of Political Science and Criminal Justice at the University of South Alabama. In an interview with Organization for Defending Victims of Violence, Prof. Nader Entessar shared his views about the fate of the Iran deal, the US campaign of economic sanctions against Iran and the role of international organizations in alleviating the negative impact of US sanctions on the Iranian populace. The transcript has been lightly edited for clarity.

Q: Tensions are running high between Iran and the United States and the proponents of war are hopeful that a military confrontation takes place between the two rivals. Do you blame the unilateral withdrawal of the United States from the Iran nuclear deal in May 2018 for the emergence of the current crisis?

A: The unilateral withdrawal of the United States from the Iran nuclear deal, or JCPOA, and the re-imposition of secondary sanctions on other countries trading with Iran were certainly significant contributing factors to the current crisis between Washington and Tehran. However, the root of the current crisis dates to the establishment of the Islamic Republic of Iran after the 1978-79 revolution and the challenges it represented to the US policy in the Persian Gulf and the broader Middle East.

Various US administrations have sought to undermine the stability of the Iranian system by different means. Even the Obama administration was never fully committed to change the US approach towards the Islamic Republic in a meaningful way. For example, the Obama administration never fully implemented Washington’s commitments under the JCPOA and evaded the implementation of its obligations by using every loophole it could find in the nuclear deal. In short, the thrust of the US foreign policy towards the post-revolutionary Iran has been to find ways to weaken the Iranian system and replace it with a Western-friendly one. The different US administrations have used different tactics but their strategic goal towards the Islamic Republic has been consistent in the past forty years.

Q: The Joint Comprehensive Plan of Action was an international agreement supported by the UN Security Council. Have the other signatories of the accord been able to work to save it from collapsing after the US withdrawal? Did they do their best to make sure the outcome of two years of active diplomacy will be preserved?

A: I am afraid the answer to your questions is no. The other signatories to the nuclear agreement, especially the E3 – France, UK and Germany – have been guilty of reneging in implementing their own obligations. They have been either unwilling or unable to stand up to Washington and thus damaging the nuclear deal and, more broadly, the integrity of the international political and legal order. The only signatory of the JCPOA that kept its side of the bargain was Iran. No agreement can work or even be considered legal if only one side implements its obligations while the rest of the signatories ignore their commitments. Issuing statements in support of the JCPOA is meaningless if the Europeans do not have the courage or desire to tell Washington that they intend to honor their legal obligations.

Q: From the point of view of international law, are the sanctions slapped on Iran by the United States since last May justifiable? Are the different world countries obliged to follow suit in cutting off their trade ties and business with Iran while the UN Security Council doesn’t back the new sanctions?

Q: What’s your opinion on the human impact of the US sanctions against Iran and the suffering of ordinary citizens as a result of these punitive measures? Do the international organizations have a responsibility to alleviate the pressure the ordinary citizens undergo because of the sanctions?

Q: How do you think the unilateral coercive measures and economic sanctions influence the ability of Iran to fight drug trafficking, considering that it is located next to the biggest producer of opium in the world?

A: As many international entities, including the United Nations and the European Union, have acknowledged time and again, Iran has been a crucial country in combating drug trafficking in the past decades. In fact, Iran has fought the battle against drug trafficking by sacrificing a lot of its own human and economic resources without adequate compensation from international organizations. As sanctions continue to squeeze Iran economically, Iran will certainly have to prioritize where its declining resources must go. Fighting drug trafficking to prevent illicit substances to reach Europe may not be the best allocation of resources under economic and budgetary pressure. As a participant in the current economic war against Iran, Europe should not expect to have its cake and eat it too.

Q: JCPOA was not the only multilateral accord that President Donald Trump exited. In your view, what are the reasons for the US President’s disregard for multilateralism and his frequent application of unilateral coercive measures including the threat of force, economic sanctions and leaving international arrangements and treaties? Doesn’t this style of governance undermine global order?

A: There has long been an undercurrent of contempt for multinational international agreements and norms among a segment of the American electorate. The sentiment among this segment of the population is that the United States should never sacrifice its own laws for international law and agreements. Also, there has also been a misperception among some Americans that the United States is doing the rest of the world a favor anytime it signs an international agreement. Donald Trump more than any other presidential candidate in the 2010 elections recognized this sentiment and captured the heart and soul of this segment of the electorate.

When Trump said he wants to make America great again by attacking many of America’s international agreements, he knew exactly what he was doing to catapult himself to presidency. As president, Trump delivered on what he promised his so-called base. I believe, this type of behavior will be a winning strategy again for Trump’s 2020 presidential campaign. Of course, leaving international arrangements and treaties has undermined international order, but this is not something that Trump, his close associates, and his base are concerned about. We also must remember that some high-level officials in the Trump administration, John Bolton chief among them, have a long history of opposing multilateralism and contempt for international law and norms if they conflict with their view of the world.

Q: At the moment, the Department of State, Department of Commerce and Department of Treasury oversee economic sanctions against nearly 30 countries. Has the United States government been able to achieve its goals through these wide-ranging sanctions or has it merely contributed to the plight and suffering of average citizens in those countries?

A: What I call “sanctionomics” has become an integral part of American foreign policy. As you have noted, Washington has imposed economic sanctions on a wide range of countries with varying degrees of success. The current sanctions against Iran are the most extreme case. Some proponents of US sanctions have argued that economic sanctions are a better alternative to military confrontation and are a cost-effective way of pursuing Washington’s foreign policy goals. This contention is debatable. The success of US economic sanctions has varied based on their method of implementation. Bilateral or multilateral sanctions have been more effective than unilateral sanctions, but the success rate, in general, has been low. The Iran case is unique in many ways because the United States has been able to convince, force, or bludgeon many countries to follow its diktat on Iran for a long period. In many circumstances, sanctions have caused economic harm without changing the target country’s policies, and so far, this has been the case with Iran too where the Trump administration’s “maximum pressure” policy has not borne fruit for Washington. Also, since economic sanctions are ultimately blunt tools of foreign policy, their deployment is rarely precise enough to affect only the target economy. Therefore, they impact a large segment of the targeted country, especially the most vulnerable part of the society. Because economic sanctions presuppose that economic harm will lead to the sort of political pressure that will benefit the instigating country, they have become popular with the American establishment.

Q: What is the most prudent and smart way through which Iran can resist the US campaign of extensive economic sanctions to protect the rights of its citizens?

A: There is no magic wand Iran can use to overcome its current predicament. The process of overcoming US economic warfare against Iran may take some time and will require adopting policies to convince a critical number of countries to challenge US threats. This requires, inter alia, adroit diplomacy and a realistic perception of how the world works. Issuing meaningless slogans will not do the job and may even be counterproductive. As I alluded to in my previous answer, US sanctions cannot work against Iran if they become unilateral in nature. Also, the Iranian economy needs a wholesale restructuring and complete transparency. The productive capacity of Iran’s population must be unleashed, again not by issuing vacuous statements and slogans, but by implementing policies that will allow the country’s productive forces to blossom. Iran’s is blessed to have the manpower and resources to thrive if the correct policies are implemented immediately.