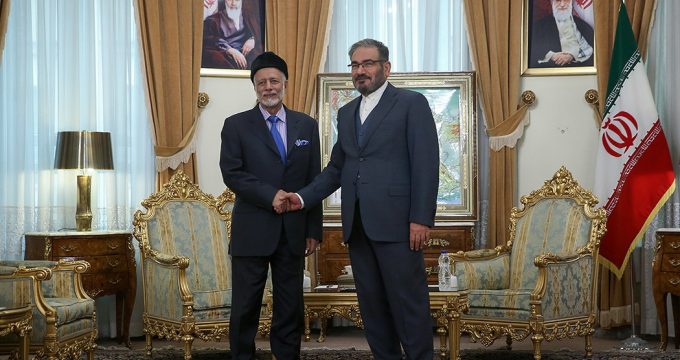 MNA – Secretary of Supreme National Security Council (SNSC) Ali Shamkhani said on Monday that regional coalitions are able to provide a stable security in the region without interference of trans-regional powers.

In a meeting with the Omani foreign minister Yusuf bin Alawi, in Tehran, Shamkhani underlined that “the only coalition which is practical in the region and can bring stable security to it, is the one acting without foreigners’ interference.”

“The country [the US], that has not fulfilled any of its commitments, neither in its interactions with Iran nor with other countries, is not reliable,” he said.

“Those countries with the most significant role in sowing tensions, expanding terrorism, and igniting wars in the region, have never sought peace in the Persian Gulf and are only looking for their own interests,” he noted.

The Iranian security official addressed the ongoing war in Yemen, saying that “continuing this genocide is only done in favor of the enemies of the region, such as the US and the Israel regime, and Saudi Arabia must surrender to the demand of Yemeni nation and not put regional peace at risk more.”

The Omani FM, for his part, expressed content about mutual negotiations with Iran about regional and international issues underscoring that none of the Persian Gulf States will benefit from regional tensions.

He added that regarding the warm relations between Tehran and Muscat, the two sides’ tradesmen have the chance to remarkably improve mutual ties.