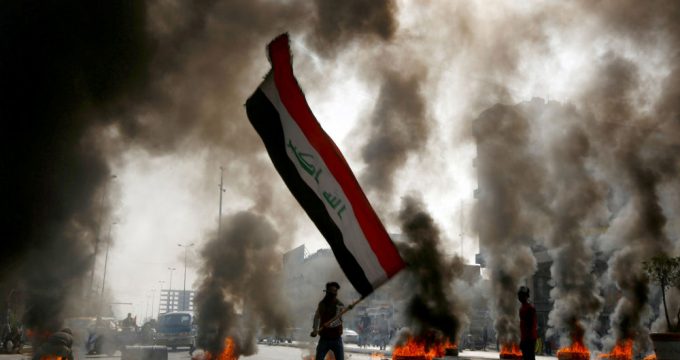 The Wall Street Journal | Isabel Coles and Ghassan Adnan: Protesters say they will settle for no less than sweeping away the entire political class

The Iraqi Parliament accepted Prime Minister Adel Abdul-Mahdi’s resignation on Sunday, posing a major challenge for Iraq’s fractious political class, which must now agree on a candidate that satisfies protests roiling the country, while reconciling the competing interests of Iran and the U.S.

Pressure from the streets has been mounting since the protests broke out two months ago, with the death toll climbing toward 400 and with the risk of wider violence.