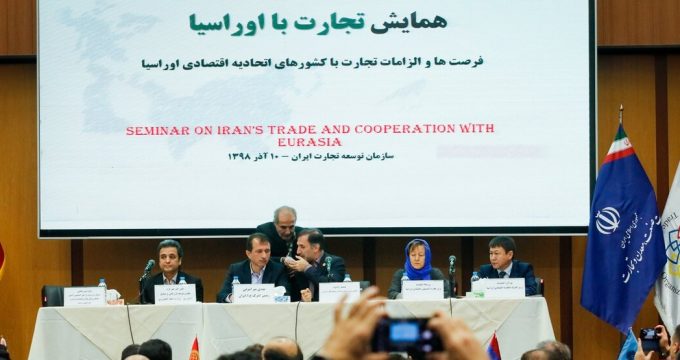 Eurasian states willing to do business with Iran

FNA – Minister for Trade of the Eurasian Economic Commission Veronika Nikishina said that Eurasian countries are interested in doing trade and business with the Islamic Republic of Iran.

“We were interested in interacting with Iran even before the Preferential Trade Agreement (PTA) had not been implemented between Iran and Eurasian Economic Union (EAEU),” Nikishina said on Sunday, addressing Iran-EAEU Forum.

She pointed to the PTA signed between Iran and the EAEU, and said, “Constructive talks have been made between officials of the two sides for broadening bilateral relations.”

Minister for Trade of the Eurasian Economic Commission Veronika Nikishina said that free trade between Iran and EAEU can be accessed within the next three years.

In December 2018, Iran and the Eurasian Economic Union finalized a temporary agreement previously reached on the formation of a free trade zone. The deal’s main advantage is a reduction in import duties and the establishment of a transparent trade environment.