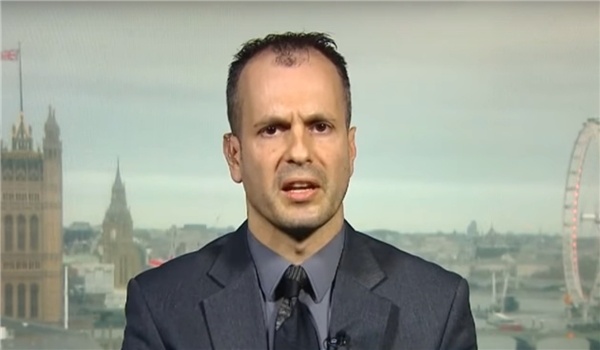 Press TV – Blocking accounts of top Iranian officials is a violation of freedom of information and freedom of expression, according to a British expert.

The US State Department recently ordered major tech companies with popular media platforms such as Google, Facebook and Twitter to block the accounts of top Iranian government officials.

British political journalist and founder and editor of Politics First magazine, Marcus Steven Papadopoulos, told Press TV in an interview on Saturday that major tech companies with media platforms such as Google, Facebook and Twitter lacked independence and had very close ties to the US government.

Papadopoulos said the US government as well as the government of Britain did not really care about “freedom of expression and democracy.”

“The Americans and the British merely pay lip service to the concepts of freedom of information or freedom of expression,” he said, noting that these concepts were simply tools of western hegemony alongside military power and economic influence.

According to Papadopoulos, both countries were very selective about such concepts and there was no way the ruling group of White Anglo-Saxon Protestants (WASPs) would allow any company to threaten its expansionist policy and pursuit of global hegemony.

“Wasp America, and also Britain, proclaim themselves to the rest of the world  as being guardians of Democracy and the Rule of Law, and Freedom of Expression.

Papadopoulos said the US will attempt to throttle the independence of countries like Iran.

“Shutting down the accounts of Iranian officials … they will have no moral compulsion in doing so. Because they do not sincerely care about freedom of expression or democracy,” the British expert on politics pointed out.

He said Iranian officials who pursue an independent foreign policy, and don’t bow down to the dictates of the Americans, will be targeted.

“The American government will do all in its means to stifle the opinions being expressed by those Iranian officials,” Papadopoulos noted.

Papadopoulos said that the Iranians can counter the US move by gaining self-sufficiency in their sphere of influence.

Countries that want to remain independent from western global hegemony need to become self-sufficient in operating their own global online platforms, the British expert said.

Papadopoulos added, given the true face of the West and its pursuit of imperialistic expansionist policy, there had to be other global online platforms operating in the world.

He suggested that Iran, Russia , or China could create such platforms that would be protected from the censorship imposed by media tech companies like Facebook and Twitter that censure and delete posts or accounts according to US hegemonic policy.