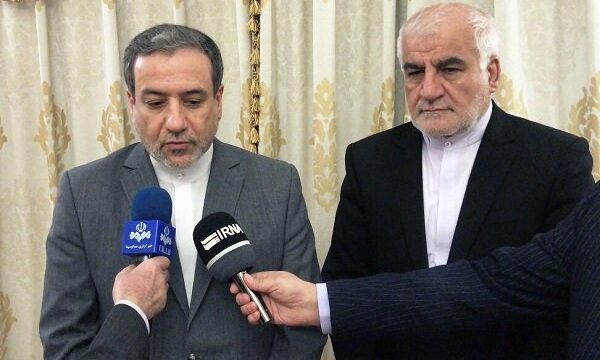 MNA – Iranian Deputy Foreign Minister Seyyed Abbas Araghchi said that shocks of US unilateral sanctions have subsided and there are new mechanisms to enhance economic ties between Iran and its friend countries.

“Although some shocks were imposed on our economic ties with partner countries after US withdrawal from the JCPOA, they have now subsided as we have found new mechanisms in our relations with our economic partners, especially with China,” Araghchi said upon arrival in Beijing on Saturday.

“New ways have been found [for economic cooperation] and we are returning to stable economic ties with China but it is necessary to remove some obstacles and raise bilateral economic relations to a higher level,” he added.

He said that the trip is being made upon the official invitation of his Chinese counterpart for making consultations over the status of JCPOA, noting, “from the beginning of negotiations over JCPOA, we have held consistent consultations with our Chinese and Russian friends and this trip is the continuation of such consultations.”

Due to other parties’ failure to honor their commitments under the JCPOA, the deal is not in a good condition and Iran has not been able to gain its interests from the 2015 agreement, Araghchi said.

After Iran’s decision to reduce commitments to the JCPOA, more serious consultations are needed between Iran and its friends, he highlighted.

The Iranian diplomat pointed to next week’s meeting of JCPOA Joint Commission, adding that “it was necessary to review the agenda of the meeting with our colleagues in the Chinese Foreign Ministry and try to have a closer stance in the upcoming commission.”

Araghchi will hold a meeting with Chinese officials on Sunday to confer on Iran Nuclear Deal.

Abbas Araqchi, Iran-China ties, US sanctions against Iran November 30, 2019
Duties to be imposed on tomato exports as of Dec. 22
Iran English language newspaper headlines on Saturday, 30-11-2019