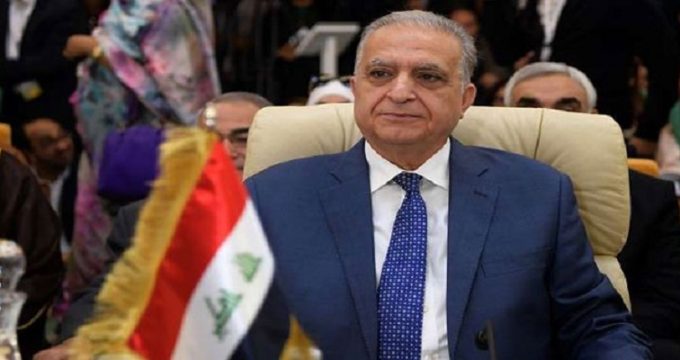 Iraq apologizes to Iran for arson attack on consulate in Najaf

Press TV – Iraq’s foreign minister has apologized to Iran after rioters set fire to the Islamic Republic’s consulate in the holy city of Najaf.

Mohammad Ali al-Hakim told his Iranian counterpart Mohammad Javad Zarif during a phone call on Thursday that Baghdad was committed to protecting Iranian diplomatic missions and their staff in the Arab country.

The rioters, who have been wreaking havoc in various parts of Iraq over the past weeks by infiltrating peaceful protests against corruption and poverty, stormed into the Islamic Republic’s diplomatic mission in Najaf and set it ablaze on Wednesday night.

They also took down the compound’s Iranian flag and replaced it with an Iraqi one.

Local authorities have yet to reveal the exact number of casualties in the attack, which led to the imposition of a curfew in Najaf.

Police and civil defense first responders say the consulate had already been evacuated of its staff.

He said the Iraqi government was responsible for protecting Iranian diplomats and missions, adding, “Iran has officially communicated its strong protest to Iraq’s ambassador in Tehran.”

Najaf Governor Luay Yasiri said Thursday that 47 police personnel had been injured during clashes with the rioters outside the Iranian consulate.

Meanwhile, a police official told the Associated Press on condition of anonymity that one protester had been killed and 35 others wounded after police fired live ammunition to prevent them from entering the consulate.