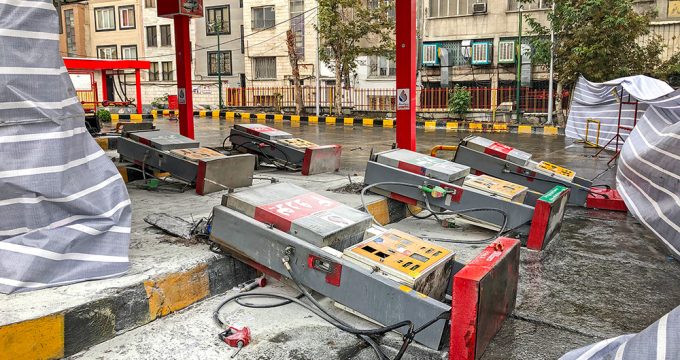 Al-Monitor | Hamidreza Azizi: The Iranian administration’s controversial decision Nov. 15 to triple gasoline prices sparked protests across the country. Although the Iranian government has managed to contain the protests, discussions over various aspects of the recent events are still ongoing. However, much of the international attention has been so far directed toward domestic causes and consequences of the protests, while their possible implications for Iran’s foreign policy have remained underdiscussed.

Taking into account international reactions toward the protests, Iran’s relations with the West seem to be the most important area to be affected by the recent events. In the administration of US President Donald Trump, the protests were seen as a proof that Washington’s “maximum pressure” policy against the Islamic Republic is working, causing the Iranian people to turn against the political system. In an interview with BBC Persian on Nov. 21, the US special representative for Iran, Brian Hook, said Washington is “very pleased with the protests” in Iran, adding that the maximum pressure against Iran will continue. Trump and Secretary of State Mike Pompeo also took to Twitter to express support for the protesters.

Meanwhile, the European Union issued a statement Nov. 21, calling on the Iranian government to “exercise maximum restraint in handling the protests.” Germany and France had previously issued separate statements expressing concern over the situation in Iran. In response, Iranian Foreign Ministry Spokesman Abbas Mousavi accused the EU of interfering in Iran’s internal affairs, saying the EU should instead honor its commitments to Iran under the 2015 nuclear deal, officially known as the Joint Comprehensive Plan of Action (JCPOA).