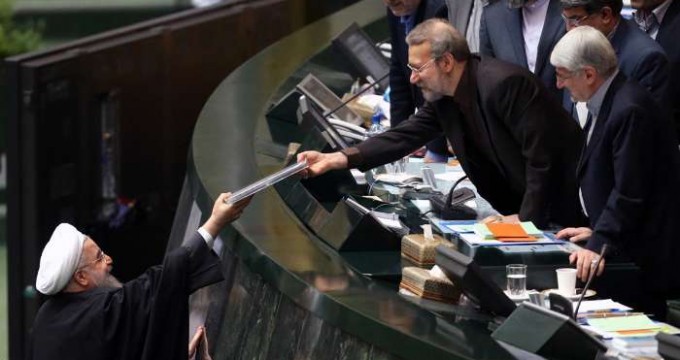 Tasnim – Iranian President Hassan Rouhani is going to submit his administration’s proposed budget bill for the next Iranian fiscal year (which will begin in March 2020) to the parliament on Sunday, a lawmaker said.

Ali Asghar Yusefnejad, a member of the parliament’s presiding board, told Tasnim that Rouhani is planned to attend a meeting of the parliament Sunday to present the national budget bill for the next year.

He said copies of the proposed bill will be provided to the MPs and they will have 15 days to examine it and give their suggestions and views to the specialized commission that will be set up for studying the bill within a month.

The parliament will then review the budget bill in an open session.

According to the internal regulations of the Iranian parliament, the administration should present the annual budget bill by December 5 each year.

It is submitted by the president to the legislature for review and approval.

Once the parliamentarians endorse the government’s proposed budget bill, it will go to the Guardian Council, the constitutional supervisory body, for ratification before becoming law.