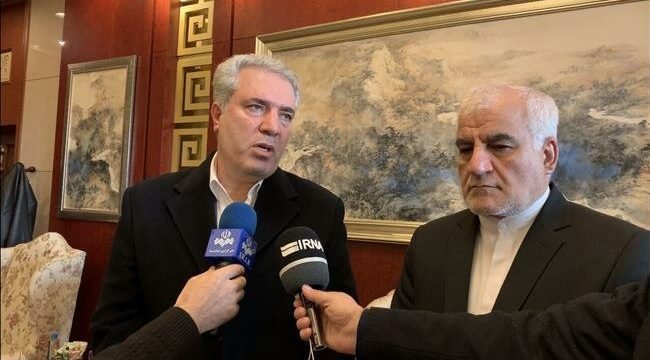 Press TV – Iran aims to attract 1.5 million tourists from China in the next four to five years, an exponential increase compared to the past, as the government seeks new resources for hard currency that could compensate for losses inflicted on the country’s oil industry.

Iran’s minister of tourism Ali Asghar Mounessan made the target announcement on Thursday when he arrived in China to promote Iran’s new plans for attraction of tourists from the country.

“China has become one of the target states of Iran’s tourism ” said Mounessan while speaking to reporters in Beijing, adding, “Considering the good relations between the two countries, we should make efforts to elevate the (existing) cap on tourism between the two.”

The minister is in China at the official invitation of the Chinese government to attend an international conference on old civilizations. He is planned to attend various programs in the country, including press interviews and other events, to introduce Iran’s potentials in the tourism sector.

Mounessan said Chinese celebrities will be invited to Iran to encourage more visits by the Chinese tourists to the country.

China is the largest international tourist sender country with more than 150 million Chinese visiting various parts of the world each year.

Government estimates suggest the number of travelers would reach a target of 178 million by 2020, when Chinese tourists are expected to spend 1.2 trillion yuan (over $170 billion) during their stay at various destinations.

Tourism has become a major component of Iran’s economy and a crucial source of hard currency as the country is grappling with the impacts of the American sanctions on its once-lucrative oil industry.

The government decided to create a ministry for tourism this year after reports and studies suggested that an older government department tasked with the issue would fail to attract enough investment to the sector.

The devaluation of Iran’s national currency rial that took place last summer, when the US was preparing its unilateral sanctions on Iran, helped make the tourism industry more competitive and enhanced Iran’s attractiveness as a destination.